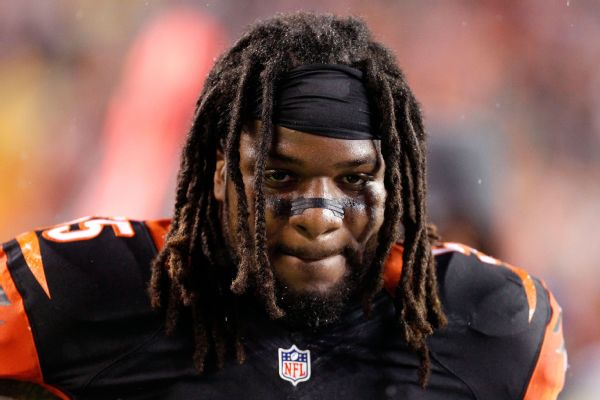 CINCINNATI -- Bengals coach Marvin Lewis says he believes Vontaze Burfict is being scrutinized because of his history and that the linebacker did not stomp on New England Patriots running back LeGarrette Blount.

According to a league source, Burfict was fined $75,000 by the NFL for his actions in Sunday's game against the Patriots and has appealed.

"I don't think he did anything wrong," Lewis said. "We were not in the wrong here, in my opinion. And it's unfortunate. That's what I have told and stood on and will continue to."

The linebacker later sustainedan ankle injury during Wednesday's practice and was carted off for precautionary reasons. Lewis said it wasn't serious.

Lewis spent part of his Monday news conference defending Burfict for a low hit on Patriots tight end Martellus Bennett, saying he was reacting to a pump fake by Tom Brady. Burfict was not flagged for the hit.

The Bengals coach said he watched the video of the alleged stomp several times, and Burfict was not in the wrong.

"I don't think he meant to do anything. And I've been through it back and forth as big as this board behind me," Lewis said. "Hell if I can see who steps where or whatever. I see him try to step through [the pile] and try to go help [a] teammate. ... Someone from another team has a hand on his teammate's face mask, pushing him in the face, and that's what he's trying to get to. But that doesn't matter -- it's done. We'll move on and things will happen the way they happen."

Lewis said he believes Burfict is essentially under a microscrope because of his history. Burfict began the season on a three-game suspension for violations of player safety and has been fined eight times -- totaling $279,329 -- for on-field incidents.

"That's a thing he knows. He's got to realize all the time so it's not the national furor all the time," Lewis said. "Just play football and our guys aren't going to talk about it, as I've instructed. If anybody has any questions, they can talk to me about it."

Steelers running back DeAngelo Williams, however, voiced his displeasure with Goodell's call by tweeting, "So roger is concerned about player safety right? However a known offender is fined rather than removed from the field? Message received."

Cornerback Adam Jones agreed that Burfict has become a target for NFL officials.

"He's [targeted], but everybody knows what it is. At a certain point you just have to go play football and try not to let it bother you the way you play," he said. "Me talking to Tez, it does bother him. I've never seen him go low on anybody."

"It is what is, you get patted on the back when you do good and the first time you have a heated situation everybody throws you under the world." 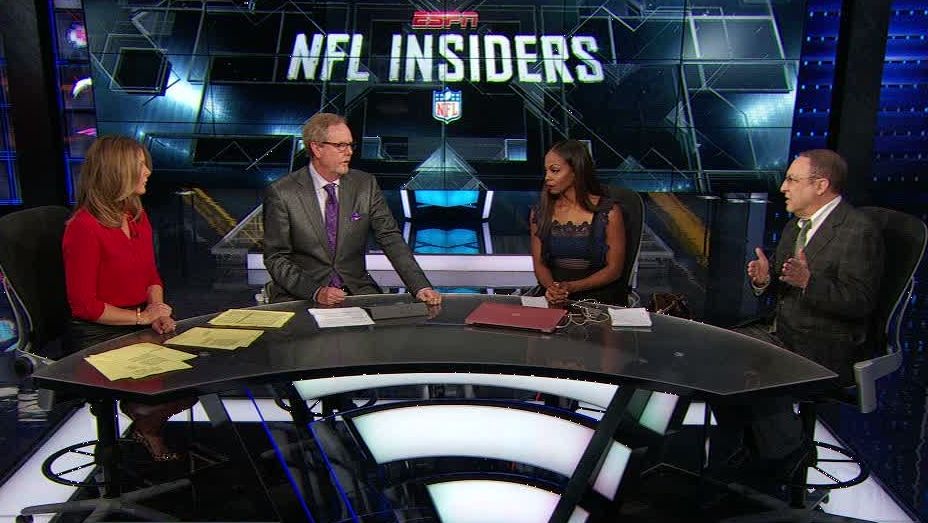 Should NFL have suspended Burfict?
The NFL Insiders crew debates if Vontaze Burfict should have been suspended for his actions in Sunday's game against the Patriots.