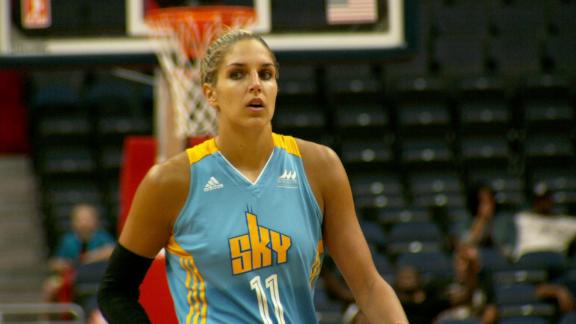 The Washington Mystics have acquired Elena Delle Donne from the Chicago Sky for Stefanie Dolson, Kahleah Copper and the No. 2 pick in this year's draft.

The 2015 WNBA MVP is arguably the biggest name ever to be traded in the 21-year history of the WNBA. Thursday's move gets Delle Donne closer to her Delaware home.

"Clearly, this is one of the biggest moves in the history of this organization," Mystics coach Mike Thibault said in a statement. "In only four years, Elena has established herself as one of the premier players in the world, as evidenced by her MVP season two years ago. Her impact on and off the court will be invaluable."

Delle Donne averaged 21.5 points and seven rebounds a game last season for the Sky, helping them reach the playoffs. She missed the postseason after right thumb surgery.

"I'm really excited about this next chapter in my career with the Mystics," Delle Donne said in a statement. "Coach Thibault, [owner Ted] Leonsis and [president Sheila] Johnson have built a strong team that is ready to make a significant impact in the league, and I'm thrilled to be a part of it."

The three-time All-Star will join a Mystics team that finished 13-21 in 2016 after reaching the playoffs for three consecutive seasons.

Family has visibly helped shape Delle Donne's career. She left UConn after two days because she wanted to be closer to home and her family, including her sister, Lizzie -- who is blind, deaf and has cerebral palsy -- and enrolled at Delaware. Now she can get home from Washington in less than two hours.

"My entire family is super excited, even aunts and uncles,'' Delle Donne said. "I've gotten texts, calls, everyone's thrilled. They'll be at a lot of games. Having Lizzie this close by is so great. I can't call her, Facetime her and pick up the phone to talk to her. Now I'm in such close proximity of her. I'm hoping to get her to a game. She hasn't been to one of my professional games.''

Since she was drafted as the No. 2 overall pick by the Sky in 2013, Delle Donne has split her time between Chicago and Delaware.

"I'm sad to be leaving Chicago, a place that was a fantastic city for sports and truly felt like home," Delle Donne said. "I'd like to give a huge thank you to the fans there and to the Sky organization for a great four years."

The 6-foot-5 forward continues to deal with the lingering effects of Lyme disease that she has battled since 2008. It forced her to leave China less than 48 hours after she arrived there in January to play in the country's professional basketball league.

Delle Donne is the second big-name player to leave Chicago in the past two seasons via trade. Sylvia Fowles sat out the first part of the 2015 season until she was traded to Minnesota.

Chicago loses a star who was embraced by the Windy City. Delle Donne even named her dog Wrigley after the home of the Chicago Cubs.

"I'm still a Cubs' fan, his name will stay Wrigley,'' Delle Donne said. "It will be an easier time at dog parks now since every dog isn't named Wrigley.''

The Sky have a strong roster, with talented veterans Cappie Pondexter, Courtney Vandersloot and Allie Quigley, along with Dolson, Copper and second-year player Imani Boyette.

"It is the difficult part of professional sports that when you make a trade such as this, you are forced to trade away excellent players in order to get it done. Good trades are not designed to be one-sided," Thibault said. "They should benefit both teams, and in this case, Chicago is getting two very talented young players. I have thoroughly enjoyed coaching Stef and Kahleah. Stef has been a major part of our team for three years, and it was very difficult giving her up and then having to explain it to her. She and I have had a terrific relationship on and off the court. It truly is like losing a part of your family."

Sean Morrison of espnW and The Associated Press contributed to this report. 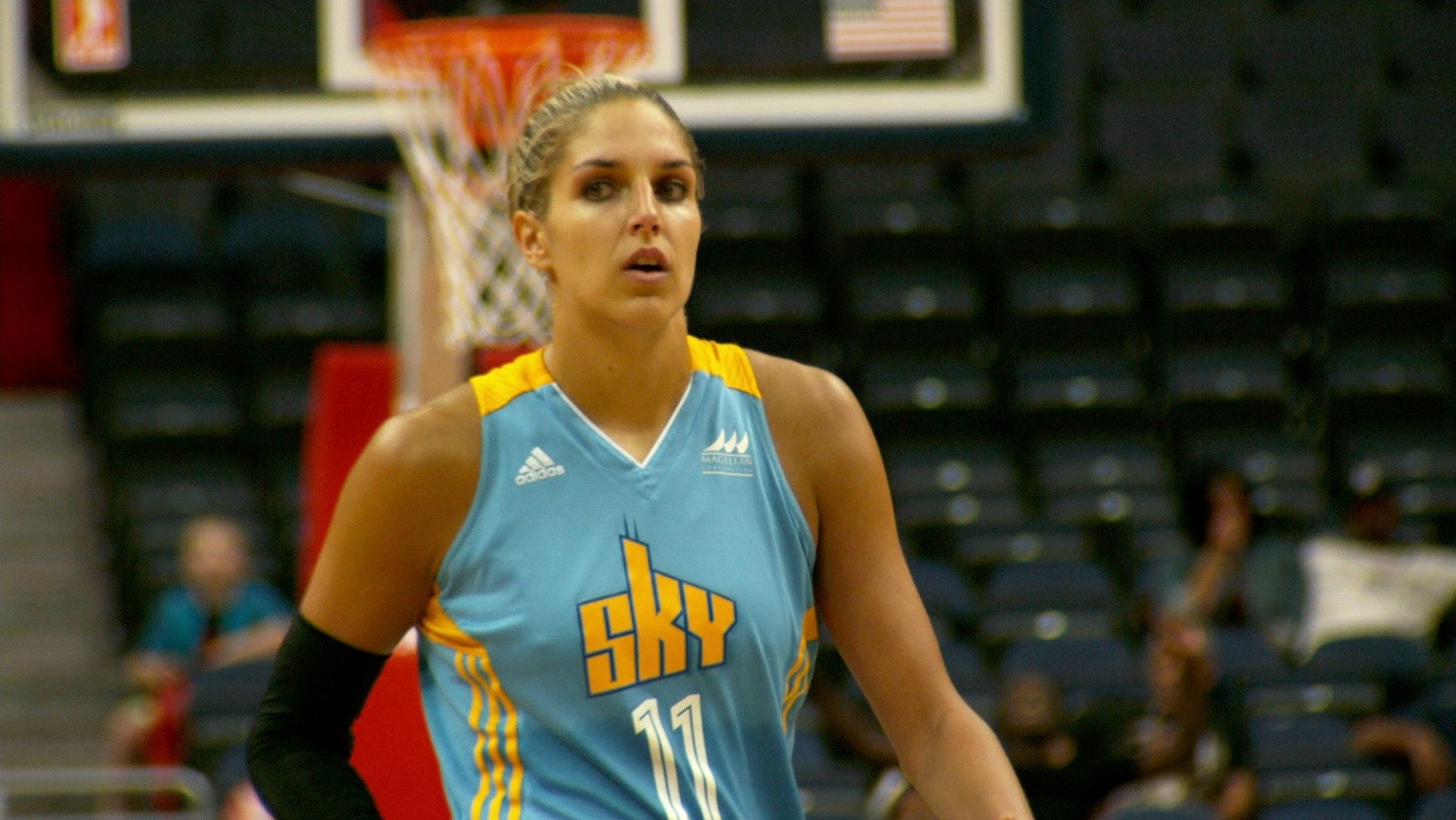