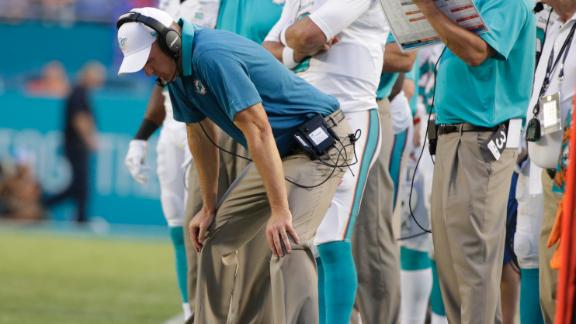 DAVIE, Fla. -- With pressure building after a 1-2 start, Miami Dolphinscoach Joe Philbin defended his staff Monday and took personal responsibility after an ugly 41-14 loss in their home opener against the Buffalo Bills.

The Dolphins didn't show up ready to play early for the third straight week, and the team was thoroughly outplayed and outcoached by the Bills. Buffalo (2-1) jumped out to a 27-0 lead at halftime, and Miami never recovered.

The Dolphins also trailed 10-0 in Week 1 to the Washington Redskins and 17-6 in Week 2 to the Jacksonville Jaguars, leading to questions of whether the team's preparation is where it needs to be.

"Well, I'm the head coach of the team, and the way the team looks on the field ultimately ends with me," Philbin said during Monday's news conference. "So far it's three weeks, and it hasn't been the type of football I envision us playing. So we got to take a look at everything."

The Dolphins' defense is particularly under fire after allowing 428 total yards to the Bills, which included 151 rushing yards. Miami spent $114 million on the major addition of Pro Bowl defensive tackle Ndamukong Suh, who has yet to make an impact.

Suh has just seven tackles in three games, and the Dolphins are allowing 145 rushing yards per game. Miami also has one quarterback sack in three games.

Miami's offense hasn't been much better and is averaging just 14.7 points per game. The Dolphins currently have more issues than solutions entering their Week 4 game in London against the New York Jets (2-1).

Philbin's seat is certainly getting warm. This is a must-win year for Philbin, who is 24-27 in four seasons as Dolphins head coach. He also has yet to post a winning season in Miami.

This also is the most talent, on paper, Philbin and his coaching staff have had in four seasons. Yet the results haven't been good early.

Philbin remains confident he can get the Dolphins going in the right direction.

"I believe in the coaching staff that I have in place right now," Philbin said. "I think they're the men that can come up with the solutions to the problems. We're not playing well. Let's stick to the process and development." 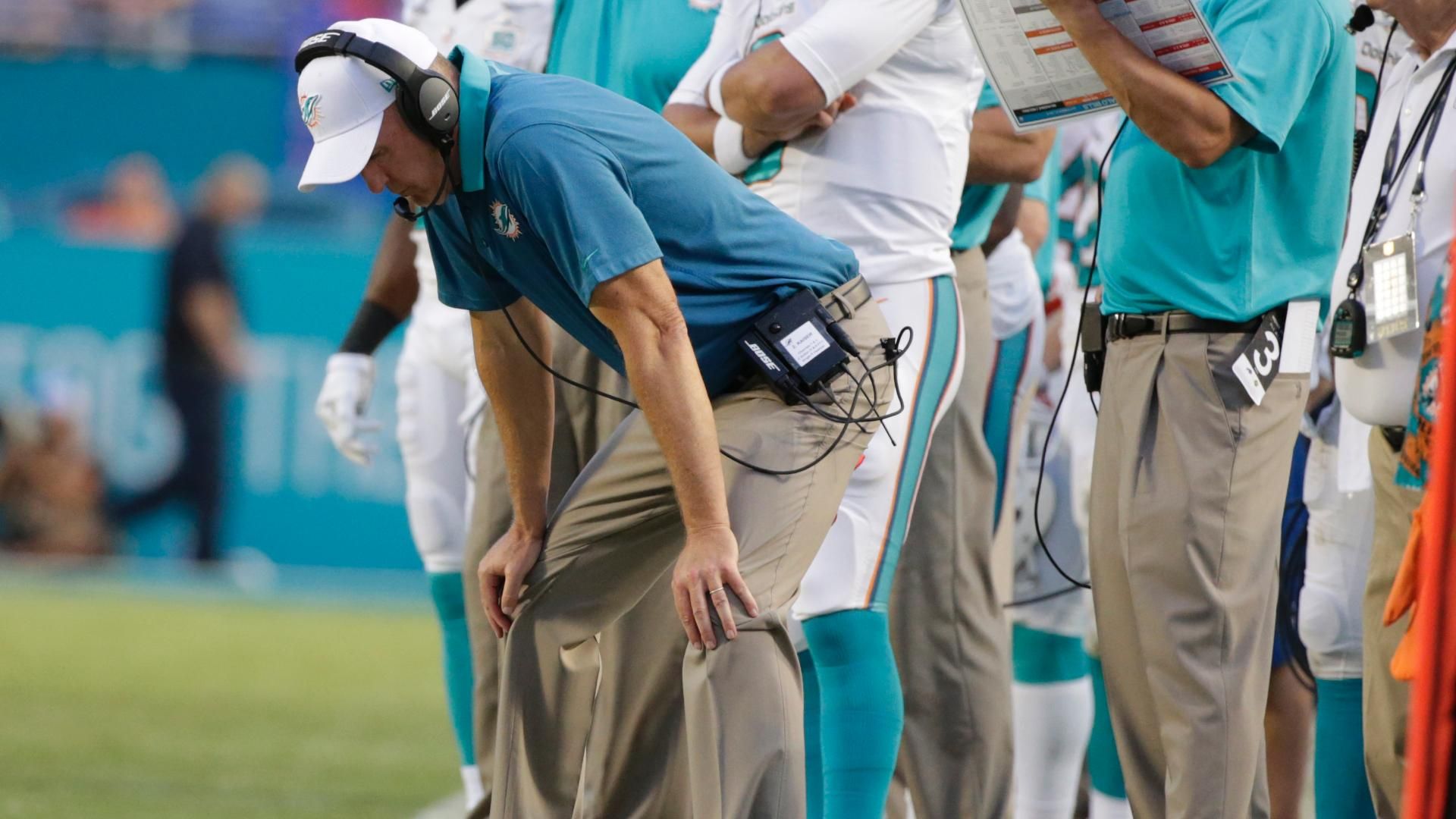 Riddick: Dolphins are in a fog
ESPN's Louis Riddick joins Mike & Mike to talk about the Miami Dolphins' offensive and defensive struggles only three weeks into the regular season. 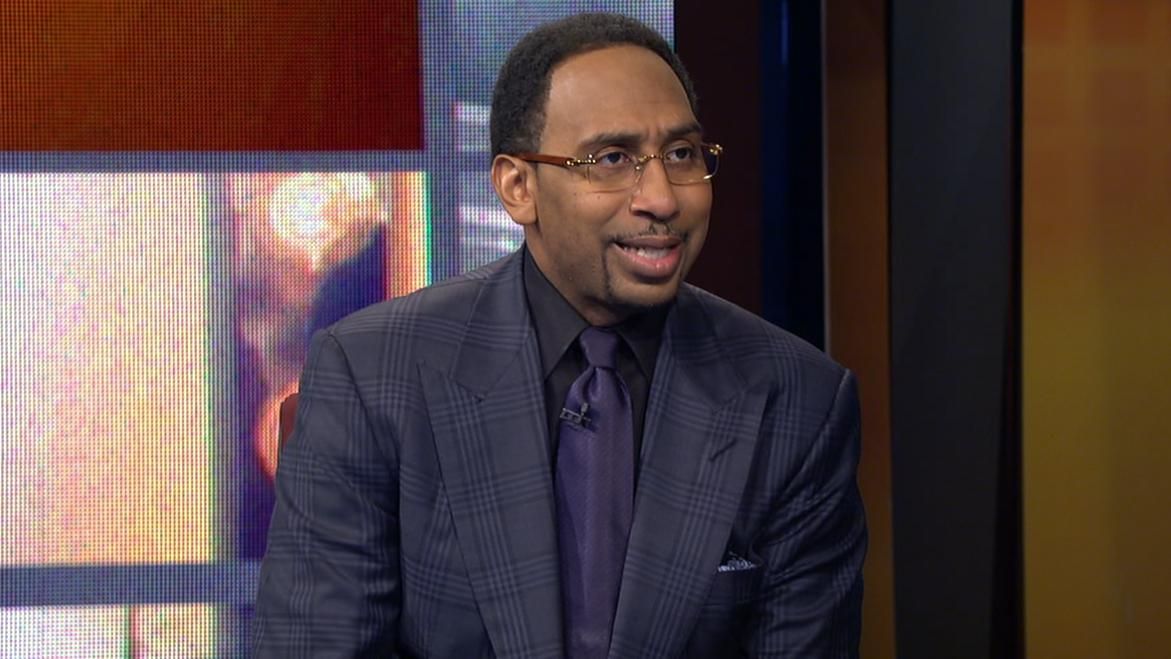