Gary Patterson on arrest: 'Not even close to what happened south of here' 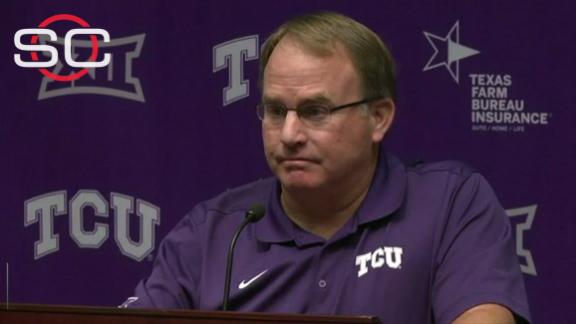 TCU coach Gary Patterson defended Horned Frogs defensive end Mike Tuaua, who was arrested Monday on a complaint of felony robbery, while also taking an apparent swipe at a rival.

"It's not even close to what happened south of here."

Ukwuachu transferred to Baylor after being dismissed by then-Boise State coach Chris Petersen in 2013.

Baylor coach Art Briles and the university came under scrutiny when Ukwuachu's former girlfriend testified during trial that he struck and choked her while he was attending Boise State. Briles denied having knowledge of Ukwuachu's violent past. His former girlfriend did testify that she never told police or university officials about the abuse. Boise State officials have also said they were unaware of the assertions.

Tuaua and backup wide receiver Andre Petties-Wilson have been accused of kicking and punching another TCU student and stealing a case of Keystone Light beer on Sept. 4. Both players have been suspended from the program.

Tuaua, a senior, had not played in TCU's past two games. He started five games for the Horned Frogs last year and was expected to play a key role along the defensive line this year.

"You've never ever heard me speak up for a kid if he did wrong ever, but you did now," Patterson said of Tuaua. "Outside in our community with the kids, he's the most-liked kid we have on our team besides [quarterback]Trevone Boykin.

"We'll find out what the facts are, and those will some day come out."

The third-ranked Horned Frogs travel to Texas Tech this weekend. 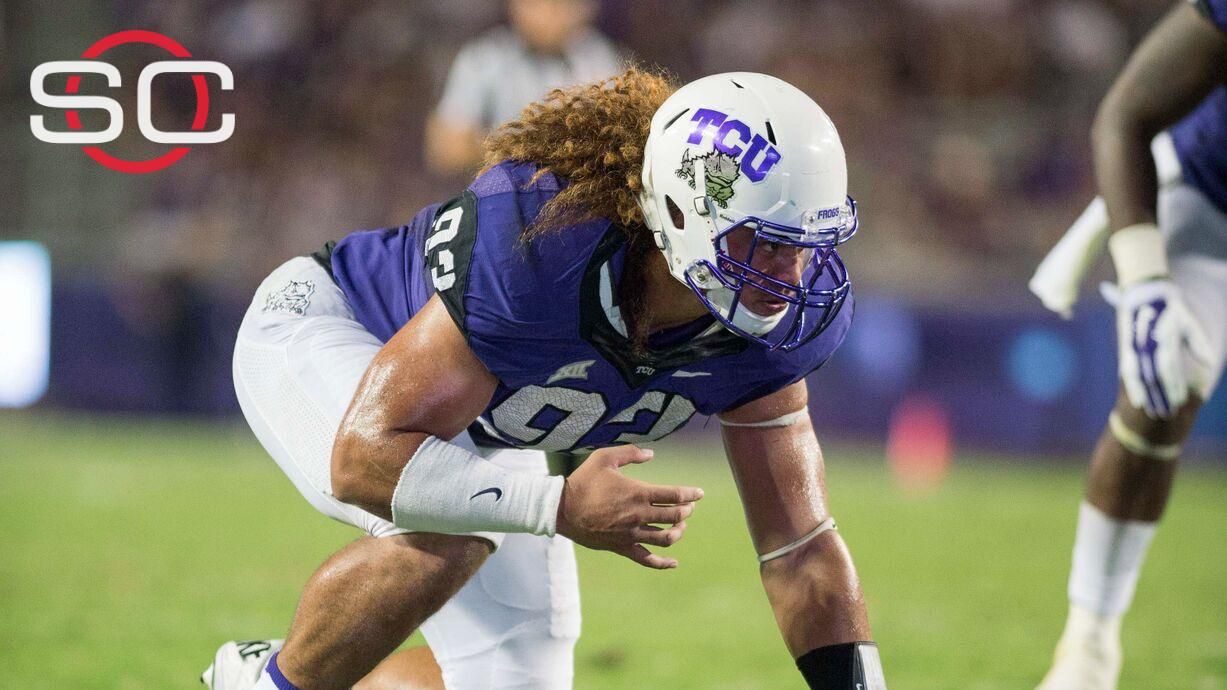