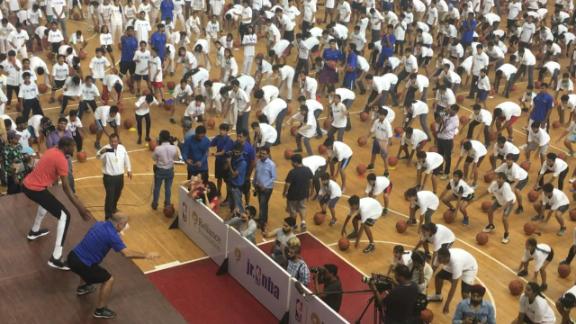 ESPN
By Jonathan Selvaraj
He might be part of an NBA champion team and the Most Valuable Player of the 2017 NBA Finals, but even Kevin Durant knows he has his task cut out for the job at hand. Durant is in India to promote basketball and the NBA. And while it's only the second day of a three-day visit to the country, Durant has been quick to pick up the popularity of a rival sport.

"I haven't played cricket before but I know how deep the sport is in the (Indian) culture. I know it will take time for basketball to take over. But you got to start somewhere and this is a great start and I'm hoping more and more kids start to play," he says.

The reason for Durant's optimism is a short 20-minute training session with 21 members of the NBA India Academy. Durant is the first active NBA player to visit the academy, situated in the Greater Noida suburb of Delhi. "Just having an opportunity to interact with the kids and seeing the facility that they have, and be one of the first guys to see the kids and their potential is pretty cool. There are going to be more and more guys who want to be involved," he says.

But Durant knows it's going to take more than a visit, even one from basketball royalty like himself, to make a difference. The country he acknowledges would benefit hugely from a having a talisman -- as Yao Ming proved to be for China. "That would be perfect here," he says. But Durant says change will be a gradual process. He mentions the likes of Satnam Singh Bhamara, who became the first Indian to be drafted in the NBA in 2015, and Indian origin Canadian Sim Bhullar who played in the league last season as trailblazers.

"They got a guy that got drafted two years ago to Dallas, playing D League for a couple of years. That was a huge step. Even someone like Sim (Bhullar) is important just for people to know that somebody who looks like me can rise up the ranks and do something spectacular. There are two guys right now. It's just a matter of time before two becomes four and four becomes eight," he says.

Durant also says it's up to players like him to serve as role models whenever they can. "No doubt some (Indian) players will make it big in the NBA. But it's on us as NBA players to inspire other players. For players who haven't enjoyed the game before, it's on us to show them what the game is all about," he says.

Durant's passion for the sport is largely due to what he got out of it. It wasn't just the celebrity and the riches. "Do it for the love. Have some fun in the process. Build that camaraderie with who you are playing with. I have friends I only met through playing basketball who are my friends for life. That's a huge underrated part of the game. That's what basketball is all about," he says. 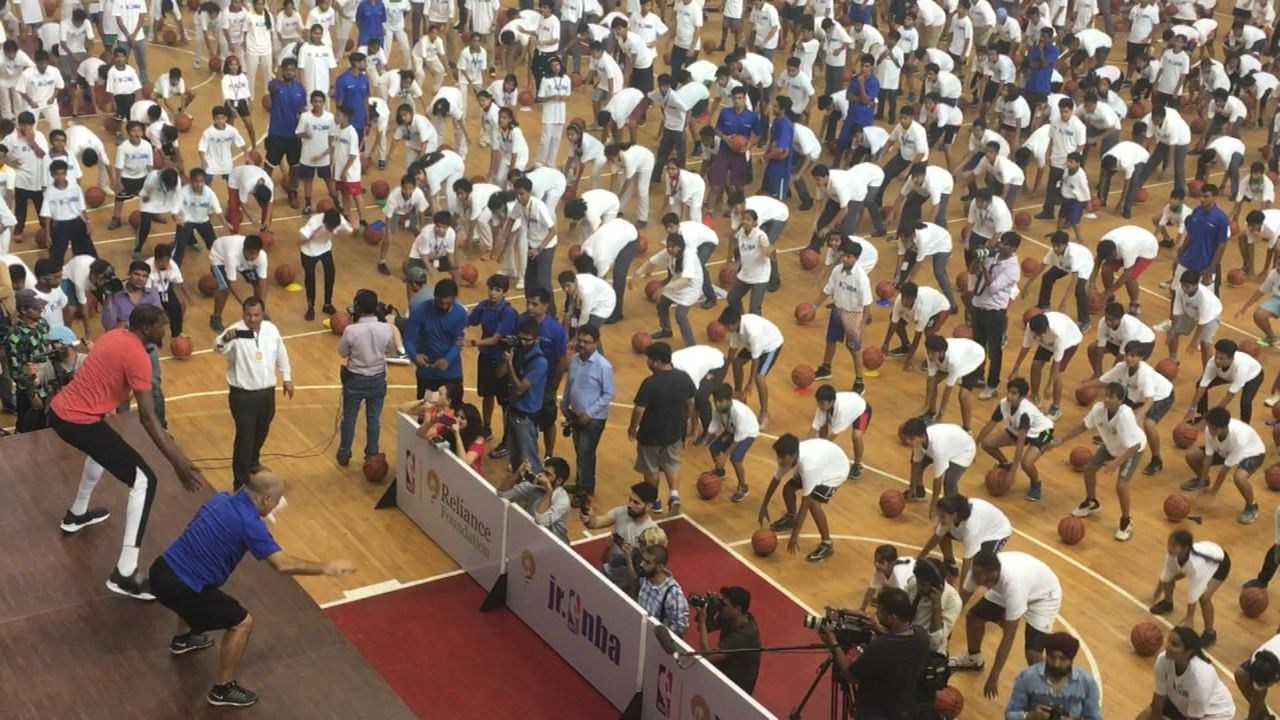