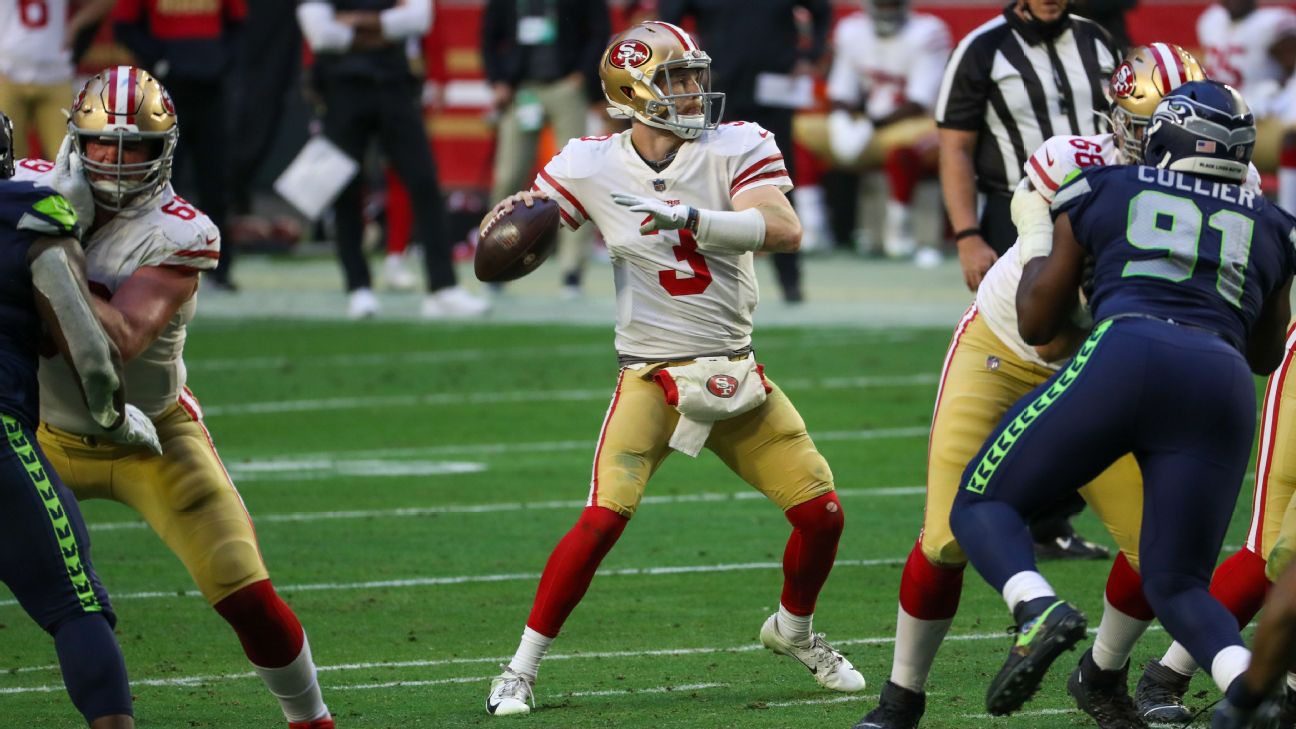 Beathard spent the past four seasons in San Francisco and has thrown for 3,469 yards and 18 touchdowns in 19 games (12 starts).

The Jaguars now have three quarterbacks on the roster: Beathard,Gardner Minshewand Jake Luton.

Minshew has started 20 games in two seasons, going 7-13. The 2019 sixth-round pick has thrown for 5,530 yards, with 37 touchdowns and 11 interceptions, and has four game-winning drives.


Responding to a question about Minshew potentially being on the trading block last week, coach Urban Meyer said "at this point, no."

"There's a lot of anticipation about the first pick. I understand there's a lot of conversation out there, but there's been no decisions made,'' Meyer said. "Gardner's done some very good things here in Jacksonville and he's a competitive maniac, which I really appreciate that about him.''