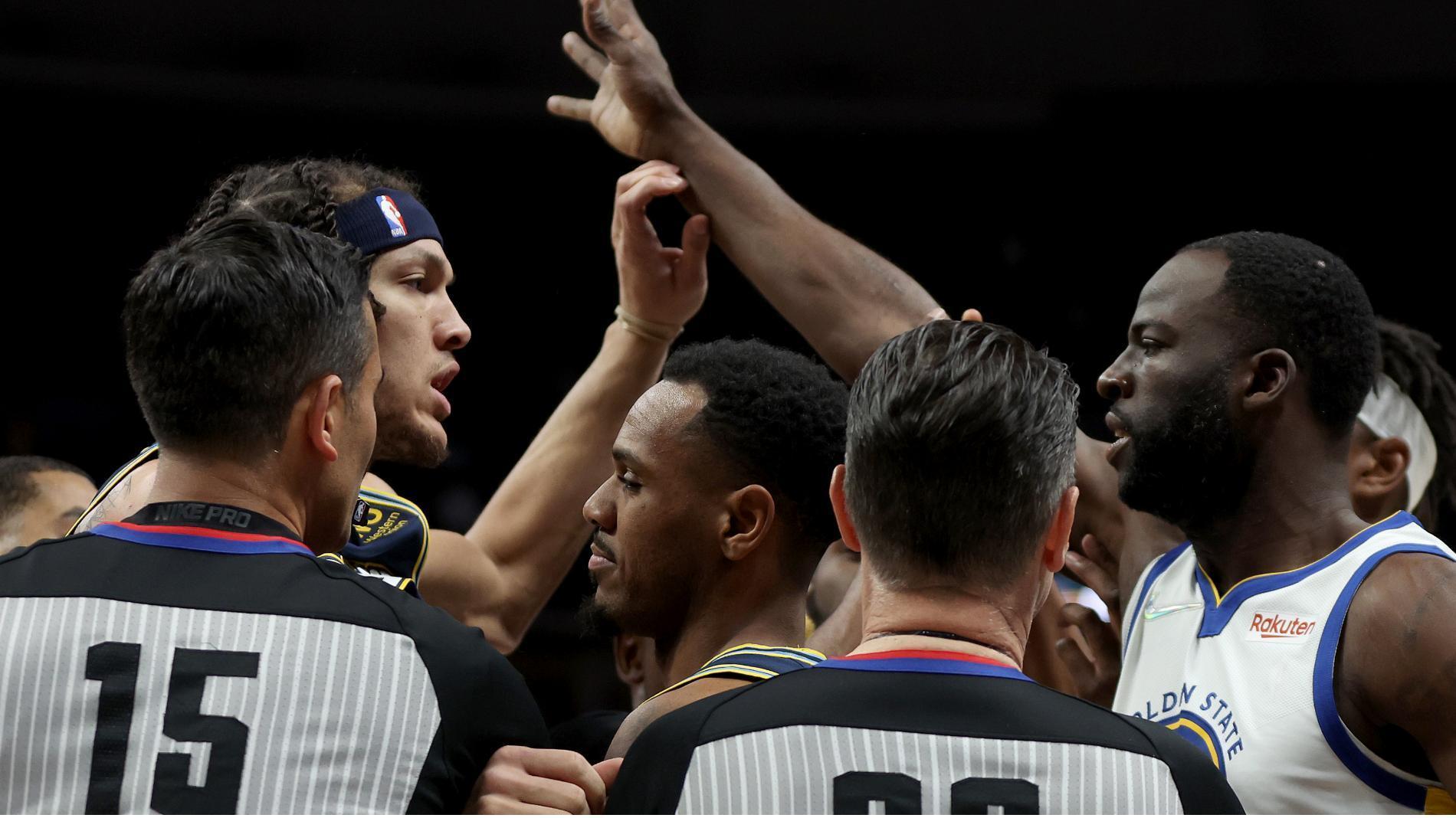 They realize no team has ever won four elimination games in a single postseason series. They also know they're the only team in league history to overcome back-to-back 3-1 playoff deficits.


That's where they find themselves after avoiding a sweep by the Golden State Warriors with a 126-121 win Sunday to send the rough-and-tumble series back to San Francisco.

"Can I say we want them right where we want them? No, but we're alive," Nuggets coach Michael Malone said. "We live to fight another day."

Although none of the 143 other teams who faced a 3-0 deficit in the NBA playoffs ever bounced back to advance, the Nuggets became the league's first team ever to overcome 3-1 deficits in consecutive series two years ago when they bounced the Jazz and Clippers in the Orlando bubble.

"The odds are against us," said MVP favorite Nikola Jokic. "But we've beaten the odds a couple of times, so why not?"

Jokic scored 37 points and fed Will Barton for a 3-pointer from the left corner with 8.3 seconds left after Monte Morris' short jumper broke a 121-all tie and Austin Rivers stole Otto Porter Jr.'s pass.

It was a reversal of final-minute fortunes for the Nuggets, who faltered down the stretch in a five-point loss in Game 3.

"We felt like it could have been 2-2 if we didn't drop that last game," said Rivers, who noted the Nuggets finally matched the Warriors' physicality, especially down the stretch.

Morris finished with 24 points. He hit five 3-pointers in the third quarter, the most in a quarter by any player in these NBA playoffs.

Aaron Gordon chipped in 21 points and helped stifle Jordan Poole, who came in averaging 28.7 points this series but was held to 11.

Steph Curry led the Warriors with 33 points despite missing 13 of 23 shots, going 3 for 11 from long range and missing four free throws for the first time in his career, whether in the playoffs or the regular season.


"It's the worst feeling in the world, missed free throws," Curry said. "It's what I do really well."

Klay Thompson scored 22 of his 32 points after picking up his fourth foul in the final second of the first half. He finished with five fouls.

Behind flexing rookie Bones Hyland's three consecutive 3s, the Nuggets opened a 40-23 lead in the second quarter and they still had a nine-point cushion heading into the fourth quarter.

Curry's jumper gave Golden State a 121-119 lead, but Jokic's finger-roll layup tied it back up and Andrew Wiggins missed a dunk at the other end as the Warriors went scoreless over the final 80 seconds.

Warriors coach Steve Kerr said it was still a "great experience" for the players on his team who haven't been in close-out playoff situations after Golden State missed the playoffs the last two years.

"We needed that," Kerr said. "I felt like we got completely away from the game plan tonight in the first half, because I think we were almost too anxious to win the series.

"But the focus now goes to heading home and the back in front of our fans" with a chance to close it out at home, Kerr said.

Thompson said the Warriors need to be loose ones in Game 5, playing as though their season was on the line, not Denver's.

"We got to go with the attitude like all right, it's a must-win," Thompson said. "We'd like to have some rest before the next series."


Thompson said the Warriors don't want to come back to Denver until next season "because a win by them and anything's possible."

The Jazz and Clippers can attest to that.

"Out of all teams in the playoffs," Malone said, "I think we're probably the most comfortable being down 3-1."

The Nuggets took a 63-52 halftime lead after a move by Kerr backfired with less than a second left in the second quarter.

Kerr sent Thompson back into the game with six-tenths of a second remaining and Thompson executed the play to perfection, coming off the screen for the layup - only, he pushed Rivers on his way to the rim, so the basket was waved off and Thompson was whistled for his fourth foul.

Warriors: Thompson was 7 of 11 from beyond the arc but his teammates were just 5 of 23 on 3-pointers. ... Draymond Green picked up his first foul 40 seconds into the game when he poked Jokic in the right eye. In the ensuing tussle, Gordon and Thompson were assessed a double technical.

Nuggets: Rivers had five steals. ... Hyland finished with 15 points. His final 3 was a 33-footer that capped a 14-2 run with Jokic catching a breather on the bench after scoring or assisting on 20 of Denver's first 23 points. "Those big shots don't faze me," Hyland said.