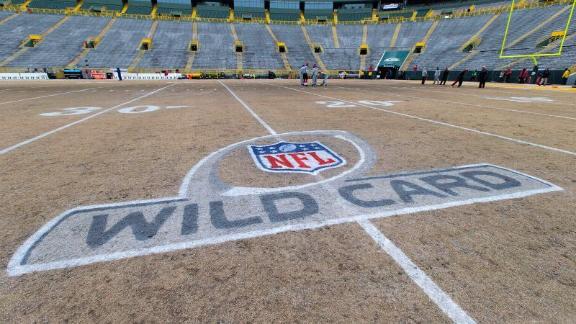 Although NFL commissioner Roger Goodell hasn't shut the door on the possibility of expanding the playoff field from 12 to 14 teams for the 2014 season, New York Giants president John Mara believes the league has all but tabled the idea for this season.

"I don't think it's going to happen this year," Mara told Newsday on Tuesday. "I think it's kind of late. We have a May [20 owners] meeting [in Atlanta], but I sense that we'll wait a year before we do that. It hasn't been voted on yet."

Mara, who is part of the NFL's competition committee, told Newsday that while he's optimistic that the proposal will "pass at some point," he just can't see it happening for the upcoming season.

"[The league] would notify us in advance, but I'm thinking it's probably not going to happen for another year or so," Mara said.

At the NFL owners meetings in March, Goodell said that expanding the playoff field for the upcoming season was not the goal, as there was still more work to do, but he added that "it's not out of the question" and that he "wouldn't rule it out."

The competition committee has supported the idea of expanding the postseason field from 12 to 14 teams -- seven in each conference -- for the past two years.

"I think there's a tremendous amount of interest in this, possibly even to the point of support, but we want to make sure we do it right," Goodell said in March. "We've been very incremental when trying to do this. But we believed it could make our races toward the end of the season even more exciting, [with] more teams vying for playoff positions, which is great for our fans."