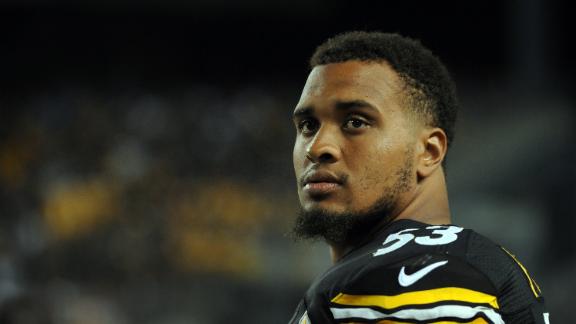 PITTSBURGH -- The Steelers locked up the anchor of their offensive line and one of their team leaders on Thursday, when center Maurkice Pouncey agreed to a five-year contract, the team announced.

The deal is worth $44 million, a league official told ESPN NFL Insider Adam Schefter, which makes Pouncey the highest-paid center in the NFL. The extension will start next year after Pouncey plays out the final year of his contract. He is scheduled to make $3.863 million this year.

"With me missing all of last year, I think the contract wasn't even on my mind," Pouncey said. "Getting back out there and trying to prove myself all over again, that was more on my mind than anything. Words can't explain this. I'll do anything for this team and I'm ready to lead us to where we've got to get back to."

The contract also ends speculation about whether the five-year, $42 million contract that center Alex Mack signed with the Cleveland Browns in April would complicate the Steelers' efforts to sign Pouncey to a long-term deal.

"We are excited to announce the contract extension for Maurkice to ensure he will be with the team through at least the 2019 season," Steelers general manager Kevin Colbert said in a release. "He has been the anchor of our offensive line since he was drafted in 2010, and we are thrilled he will be with us for many years to come."

Pouncey, the Steelers' first-round pick in 2010, is the only center in NFL history to make the Pro Bowl in each of his first three seasons. The 6-foot-4, 304-pounder missed all but eight plays last season after tearing several ligaments in his right knee, including his ACL, in the Steelers' season opener.

Pouncey has been a full participant during organized team activities, which conclude Thursday, and his return to health convinced the organization to make a significant investment in him. Pouncey had been going into the final year of his rookie contract, and he had been scheduled to make $3.863 million in 2014, according to ESPN Stats & Info, with a salary-cap hit of $5.264 million. The $8 million in salary-cap savings that the Steelers received last week from releasing outside linebacker LaMarr Woodley in March allowed them to sign Pouncey to the new deal.

The Steelers also may have several other players on their radar for long-term contracts before the start of the season. Outside linebacker Jason Worilds and cornerback Cortez Allen are among the Steelers players who have one year left on their respective contracts. Quarterback Ben Roethlisberger, who has two years remaining on his contract, is also a candidate for a long-term deal.