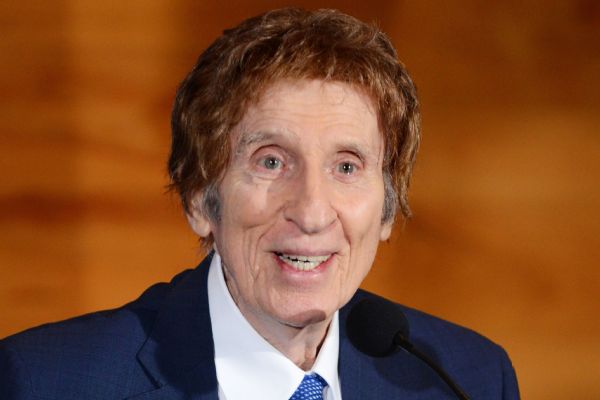 Billionaire businessman Mike Ilitch, who founded the Little Caesars pizza empire before buying the Detroit Red Wings and theDetroit Tigersand who won praise for keeping the professional sports teams in the city as others relocated to new suburban stadiums, has died. He was 87.

His family released a statement saying Ilitch died Friday at a local hospital. They called him a visionary who set the tone for his company and his family.

"He made such a positive impact in the world of sports, in business and in the community, and we will remember him for his unwavering commitment to his employees, his passion for Detroit, his generosity to others and his devotion to his family and friends," his son Christopher Ilitch, president and CEO of Ilitch Holdings Inc., said in the statement.

Family spokesman Doug Kuiper confirmed the death, but no other details were provided.

Former President George W. Bush, also the onetime owner of the Texas Rangers, was among those who offered condolences Friday night.

"Mike was a great citizen of our country, a self-made man with talent, drive, and a huge heart," Bush said in a statement. "My favorite memories with Mike are of our discussions about our shared love, baseball. Another of Mike's passions was his beloved Detroit. He generously gave back to his city and made it a better place. Most of all, Mike loved his family a lot."

Tampa Bay Lightning general manager Steve Yzerman, who won three Stanley Cups as a Red Wings player and another as a team executive, said he was "extremely saddened" to hear about Ilitch's death.

"Both Mr. and Mrs. Ilitch, as well as their entire family, have had an immeasurable impact on not only my career, but my life," Yzerman said in a statement. "Going back to the age of 18 when I arrived in Detroit, the guidance, generosity, concern and love Mr. Ilitch had always shown me and my family are things I will forever be grateful for.

"Mr. Ilitch has left an incredible legacy in baseball, hockey and Metropolitan Detroit. He will forever be remembered for all the ways he enriched our lives. Mike Ilitch will live on vividly in my mind and heart forever."

Tigers manager Brad Ausmus, who worked for Ilitch as a player and manager, said, "It was an honor to work for a man who made winning the priority. Baseball is a business, but Mr. I was a baseball player who became a businessman. He loved baseball, and my memories will always be centered around the passion with which he talked about it."

"I appreciated what Mr. Ilitch stood for," he told ESPN via text message. "I'm thankful for the opportunity to play under his ownership and feel the passion, along with the people of Detroit, that he had for his two sports franchises."

"He was also a fierce believer in his home city of Detroit, and the role that the Tigers and sports played in contributing to civic pride and renewal," Manfred said in a statement. "Mr. Ilitch led a decorated life of service to his country, accomplishment in business and philanthropy in all of his endeavors. He was also extremely supportive of me both personally and professionally. On behalf of all of Major League Baseball and Mr. Ilitch's countless friends and admirers throughout the game, I extend my deepest condolences to his wife Marian and their entire family, the Tigers organization, their fans and his fellow citizens of Detroit."

Ilitch and his wife, Marian, founded Little Caesars -- later known for its "Pizza! Pizza!" ads featuring an animated "Little Caesar" -- in suburban Detroit in 1959. They eventually grew the business into one of the world's largest carryout pizza chains with several spin-off companies.

Known simply as "Mr. I" to most people in Michigan, Ilitch was as much a fan of the often-struggling Detroit as he was of sports. When approached in 2009 by organizers of the Motor City Bowl in Detroit, Ilitch agreed to sponsor the annual college football bowl game despite a poor local economy. The game was renamed the Little Caesars Pizza Bowl.

"It's a sporting event, and we need sporting events," Ilitch said at the time. "It picks our community up to no end, with all the great colleges we have in this state and the professional teams that we have. Thank God for 'em, especially at times that are rough right now."

The son of Macedonian immigrants, Ilitch was born on July 20, 1929. He played baseball at Detroit's Cooley High School and was signed by his hometown Tigers after a four-year stint in the U.S. Marines, spending three years in the team's farm system before a knee injury ended his playing career.

But he found his niche in business. His family's companies had combined revenues of $2.4 billion in 2011.

It started with that first Little Caesars restaurant in Garden City, a working-class suburb west of Detroit. A food service distribution company soon followed to supply ingredients and other products for the growing number of restaurants. Blue Line Foodservice grew into one of the largest program account food service distribution companies in the U.S.

Ilitch Holdings Inc. was established in 1999 to manage the family's interests in food, sports and entertainment, and the company remained family focused. His son Christopher is president and CEO, and Marian was vice chairwoman as well as sole owner of MotorCity Casino, one of Detroit's three casinos.

Ilitch broke into sports ownership in 1982, when he paid a reported $8 million for the struggling Red Wings. Once an NHL powerhouse, the team had bottomed out to mediocrity, but it began winning again under Ilitch. The Red Wings took home the Stanley Cup in 1997, 1998, 2002 and 2008.

"Mr. and Mrs. Ilitch are incredibly passionate about Detroit and their teams," Red Wings general manager Ken Holland told The Associated Press in a 2010 interview. "They create a family atmosphere with stability, loyalty and a personal touch. But we all understand we have to produce to be around for a long time."

TheDetroit Lionshighlighted Ilitch's importance to the city in a statement Friday night mourning his death.

"Mr. Ilitch's many positive contributions to our city and region will be everlasting and will greatly impact future generations of our community. His leadership of the Red Wings and Tigers truly set a standard of excellence," Lions president Rod Wood said.

As part of his long-term plan to build a Detroit-based business empire, Ilitch also bought Olympia Entertainment in 1982, which manages several restaurants, sports and entertainment venues.

Husband and wife bought the downtown Fox Theatre five years later and started a massive, $12 million restoration. It reopened a year later and became a lucrative venue for musicals, plays and other productions. The Little Caesars world headquarters also was moved downtown.

Then, in 1992, the man who once dreamed of playing for the Tigers bought the team for $85 million. He moved it in 2000 from the storied but fading Tiger Stadium to Comerica Park, across from the Fox Theatre.

Unlike previous owners of both sports franchises, Ilitch opened his checkbook to sign top players -- finding solid success in hockey and a roller coaster in baseball.

The Tigers lost an American League-record 119 games in 2003 but advanced to the World Series three years later, losing in five games to theSt. Louis Cardinals. Near the end of a disappointing 2008 season, Ilitch said he and the team would review everything done to put the roster together but added that focusing on the $138 million payroll wasn't the priority.

"I'm not afraid to go out and spend money," he said. "It's been very costly, but I'm not going to change my ways."

The Tigers made the AL playoffs in 2011, a return to winning that brought more fans to Comerica Park.

Former Tigers manager Jim Leyland, who currently serves as an assistant to Tigers general manager Al Avila, said it was crushing that the team never won a World Series for Ilitch.

"I can remember how bad we wanted it," Leyland said, according to the Detroit Free Press. "That's the one thing we were always brokenhearted about -- that we didn't get a World Series for him because he's the guy that we wanted it for. We just fell a little bit short."

"He has a good feel for sports, baseball in particular, and that's always good when you're working for someone like that," Dombrowski said in 2010, shortly after Ilitch announced he would try to buy theDetroit Pistons; Ilitch had jumped in amid speculation another buyer might move the pro basketball team.

"When I read in the paper there was the chance that this great sports town could lose one of its professional sports franchises, I just didn't see how we could let that happen," Ilitch told The Associated Press in 2010. "The Pistons, just like the Red Wings, Tigers and the Lions, have a rich and storied tradition in this community."

California billionaire and Michigan State graduate Tom Gores eventually bought the Pistons and kept the team at its arena in Auburn Hills, north of Detroit.

The Pistons and Red Wings will move into a new arena slated to open later this year -- named Little Caesars Arena -- located mere blocks away from Comerica Park and the Lions' Ford Field.

Ilitch's admiration of Detroit also was put on display in 2009, when General Motors -- struggling under the threat of bankruptcy -- discontinued its sponsorship of the popular General Motors Fountain at Comerica Park. Instead of selling the space to other bidders, Ilitch gave the advertising spot to each of the area's car companies that season at no cost.

"He cares about the city of Detroit. This is something he wanted to do. It's for the Big Three," Ron Colangelo, the Tigers' spokesman, said at the time.

Philanthropy always was a major focus. In 1985, he established the Little Caesars Love Kitchen, a restaurant on wheels to feed the hungry and help with food distribution following national disasters.

Ilitch founded the Little Caesars Veterans Program in 2006 to provide honorably discharged veterans the chance to own a Little Caesars franchise, and his Ilitch Charities invests in programs promoting economic and job growth. Contributions, sponsorships and in-kind donations from the Ilitch companies total more than $4 million per year.

Ilitch is survived by his wife, seven adult children, 22 grandchildren and three great-grandchildren.