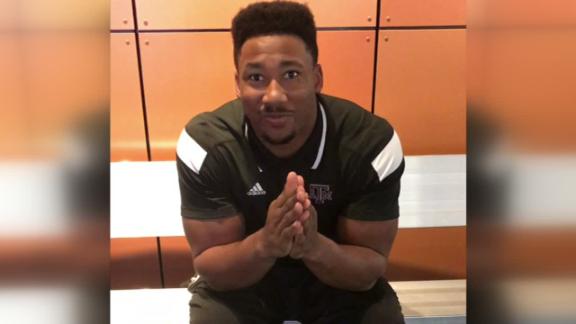 Myles Garrett was in a "playful mood" two months ago when he made a plea to play for the Dallas Cowboys.

The ESPN video, released Friday, was taken during a relaxed interview session at the College Football Awards show Dec. 8.

Garrett attended the show at the College Football Hall of Fame in Atlanta and spoke to an ESPN social media producer, who asked whether there was a specific team he might want to join in the NFL. His answer was "100 percent supposed to be fun," the producer said.

Garrett, a Texas A&M defensive end who hadn't officially declared for the NFL draft at that time, addressed Jerry Jones, owner of his hometown Cowboys, and Dallas coach Jason Garrett.

"All right, I'm speaking to you, Jerry," Myles Garrett said. "Mr. Garrett, make it happen. Dak Prescott is leading our team right now. I need you to take Tony Romo, take a couple picks, give them to Cleveland so you can pick me up. Please. I would love to play in Dallas. Just make it happen."

The social media producer said Myles Garrett's comments were in the spirit of an upbeat event. All players in attendance went through a series of interviews before the event.

"He was definitely having fun and was in a playful mood," the producer said. "One of the questions right before that was about his interest in dinosaurs. That's what we do. We get fun little nuggets.

"It was 100 percent supposed to be fun. He was just having fun. He knew I worked for ESPN and that I was videoing him."

In a separate video for KRIV-TV in Houston that was posted on Twitter on Thursday, Garrett said he would "definitely" like to play for the Browns.

"People might say, oh they're this, they're that, or I made a comment about cold weather and they kind of pointed toward Cleveland," Garrett said. "It doesn't matter to me. I'll play wherever they put me. It's about your mindset you go into it [with]. If you go in there with a mindset that you're going to turn things around, you can make that contagious and people start to believe in it, then you can turn it into a winning program wherever you go."

Garrett grew up in Arlington, where the Cowboys play. He is projected to be one of the top two or three picks in this draft, perhaps the first overall. The Browns have the first pick and need a quarterback, but it would be highly unlikely that a rebuilding Browns team would trade for Romo, who is 36.

It's even more unlikely that the Browns would alter their draft plans based on a video like this one -- especially given when it was taped.

Garrett attended the banquet because he was one of three nominees for the Chuck Bednarik Award, given to the defensive player of the year in college football. Defensive lineman Jonathan Allen of Alabama won the award. 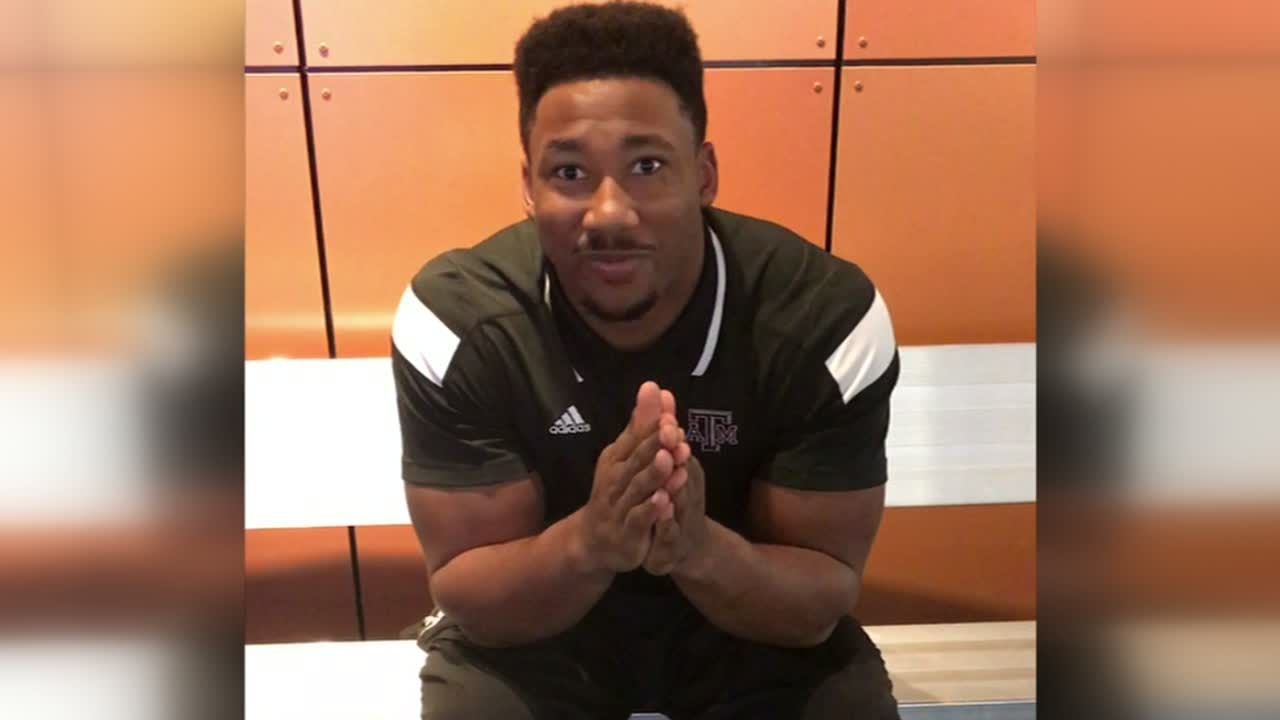