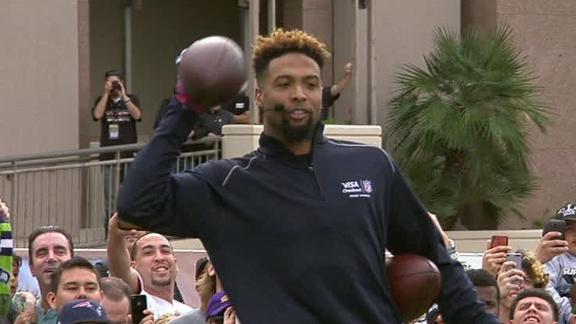 "He was throwing them perfect," Beckham said.

The passes had to travel at least 10 yards. The event was officiated by Arizona Interscholastic Association football official Tyler Cerimeli and was verified by Guinness World Record adjudicator Alex Angert.

Most one-handed catches in a minute was a new category that Beckham and Brees broke in. They had to complete at least 10 passes in 60 seconds for the record to count. Their record-breaking attempts were televised, but if they had failed to reach 10, the pair would have had another two 1-minute attempts to set the mark.

That wasn't needed when Beckham caught every pass thrown his way.

"It's unreal," Brees said. "He's a special talent. To be able to do it with him is really cool."

Brees had his own broken-in footballs flown in from New Orleans for the event, and he was incredibly accurate, putting every pass just above Beckham's right shoulder.

"We were locked in," Brees said. "The way you do anything is the way you do everything. We were here to set the absolutely highest mark that we could. I think we did."

There was one hiccup, however.

Brees ran out of footballs to throw toward the end, so Beckham was throwing the balls back to him after making the catch. They completed the last few passes that way.

Both players were appreciative of the opportunity to enter the record books.

"Actually, really cool to have the opportunity," Brees said. "It's cool.

"Kinda sets the bar out there. I figure everybody and their mom is going to try to break that now. There's going to be some YouTube heroes out there. I don't know how many are going to be legit, though. We got those balls out just about as fast as you could. He caught them all."

If anybody subsequently breaks the record, Brees said he and Beckham would try to set a new one.

Fitzgerald congratulated the pair but said he's out to break it.

"The type of person I am, I love breaking records, no matter what it is," Beckham said. "I look forward to breaking and going above and beyond what somebody else has done." 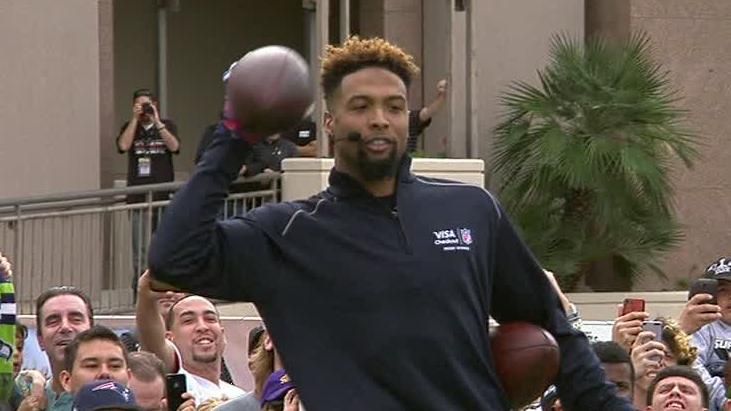