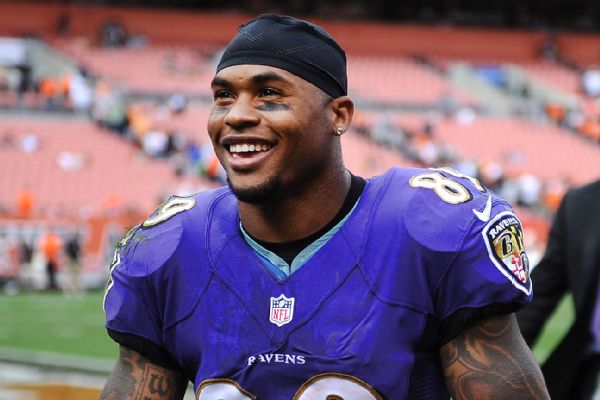 OWINGS MILLS, Md. -- Speaking like a player who is walking away from the game, an emotional Steve Smith Sr. announced Wednesday that he will probably play the final game of his decorated 16-year NFL career on Sunday.

TheBaltimore Ravensreceiver said he is "89 percent sure" -- which represents his uniform number -- that he will leave the game.

"Football has given me more than I probably could give football back," Smith said. "But for 2016, -17 and beyond, this is probably my last game."

Pressed about his future, Smith said, "I'm trying to get to Sunday without crying like a little kid."

A five-time Pro Bowl player, Smith has been defined by his fiery competitiveness, sharp wit and flashy style. He talked about his likely retirement Wednesday while wearing a Darth Vader costume.

Smith acknowledged that leaving the game will be extremely tough. He previously announced his retirement before last season, but he decided to return this season after rupturing his Achilles in the middle of the 2015 season.

Entering Sunday's game at Cincinnati, Smith spoke like a player coming to terms with the end of a remarkable career.

"There will be mourning. There will be a lot of emotions," Smith said. "Also, there are a lot of other things I can grasp on that you can't take away. That I can hold on to. Whether you want to or not, you're going to move on. That's part of life."

Playing larger than his 5-foot-9 frame, Smith is one of two players in NFL history to eclipse 13,000 receiving yards and 4,000 return yards. (Hall of Fame receiver Tim Brown is the other.) Smith currently ranks 12th in league history in receptions (1,028), seventh in receiving yards (14,697) and 25th in touchdown catches (81).

"He's definitely unique and a rare breed," quarterback Joe Flacco said. "Any time you get a chance to play with a guy that's really a legend in this game, you count yourself lucky."

Flacco said he has spoken with Smith about his future and declined to speculate on his ultimate decision.

Others believe that Smith is bowing out after Sunday's game.

"I wish he would come back for another year," safety Lardarius Webbsaid, "but I don't think it's going to happen."

Smith spent 13 seasons with the Panthers and was a five-time Pro Bowler before he was released in March 2014 in a cost-cutting move. He is the Panthers' all-time leader in catches (836), receiving yards (12,197) and touchdowns (67).

"Oh, wow! That's amazing," said Panthers coach Ron Rivera. "He had another good year, especially coming back from the knee injury he had last season.

"He's a dynamic, fiery player that plays every play the way it should be played. That's probably the biggest thing about him that I remember, how hard he played the game, how much he wanted to win.

Panthers quarterback Cam Newton said, "He's as tough as they get."

One day after Smith was cut by the Panthers, the Ravens signed him to a three-year, $10.5 million contract. In three seasons with the Ravens, he caught 192 passes for 2,500 yards and 14 touchdowns.

Smith's volatile personality has often rubbed opponents the wrong way. But he has been beloved by those who've stood alongside him.

"It's been nothing but an honor and a privilege and a joy," coach John Harbaugh said. "I think the great ones make everyone around him better, and Steve does it in his way. The couple years I really cherish in my career is being his coach."

Smith still feels like he can still play longer. He agreed that he has lost a step but pointed out that teams are still planning specifically to face him. For those who don't feel like he is as good as he used to be, Smith defiantly said there are teams hoping to draft a player like him.

Still, the overall tone of Smith's media session was nostalgic. He recounted his emotions of walking out on a windy practice on a half-frozen practice field Wednesday. He got choked up when talking about a text message he received that day from former teammate Justin Forsett.

"What's hard for me is I'm packing up my house here in Baltimore and I'm putting my career in boxes," Smith said. "It's tough. It's emotional."

Steve Smith is 'about 89 percent sure' he'll retire
Ravens WR Steve Smith Sr. announces that Baltimore's Week 17 matchup against the Bengals will likely be his last game in the NFL. 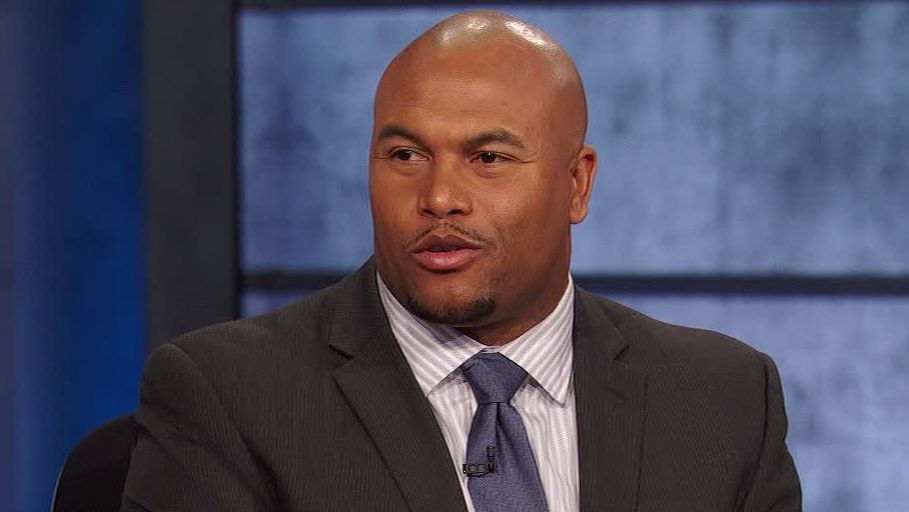