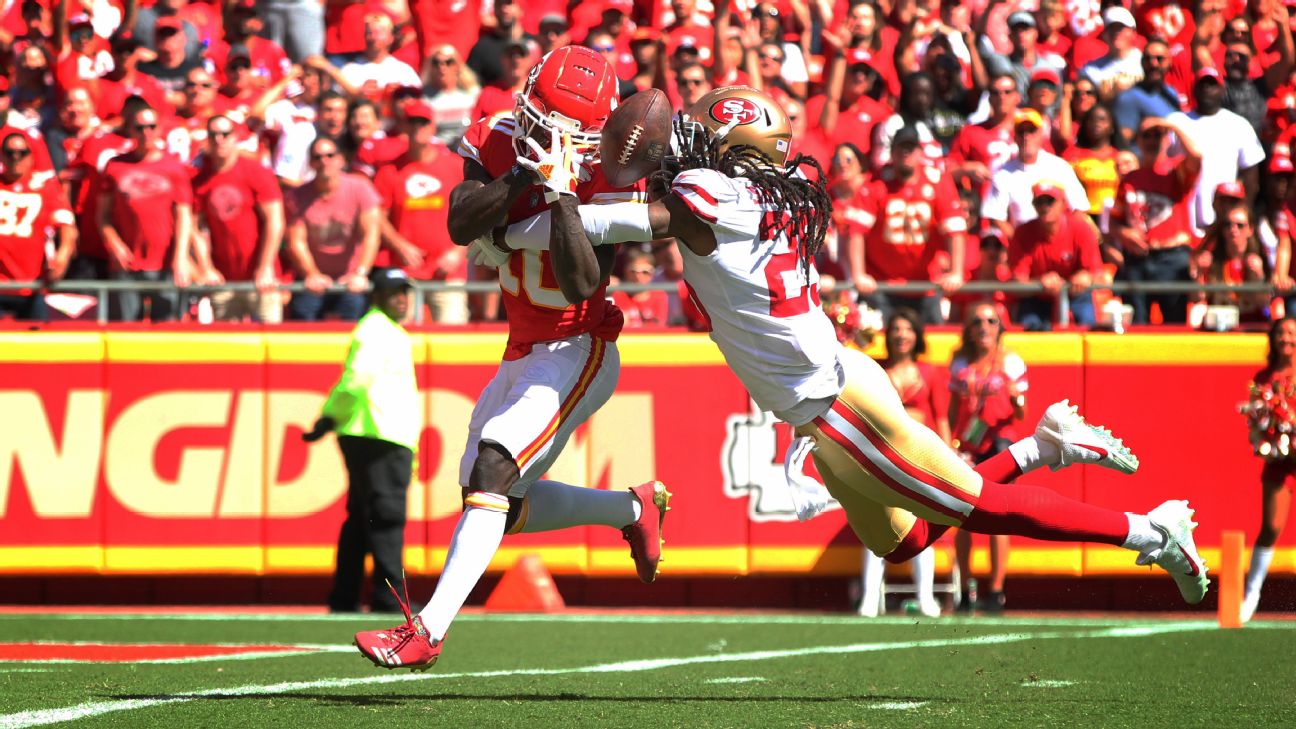 Sources told ESPN earlier Monday that Sherman would be out two to three weeks with the injury.

Sherman departed the game in the second quarter, though it was unclear if a certain play caused it or it was the result of a heel/calf issue that had been bothering him all week and caused him to miss practice on Thursday.

Before Sunday's injury, Sherman was playing his third regular-season game after recovering from the torn right Achilles he suffered in November. He also had surgery to remove bone spurs from his left heel in the offseason.