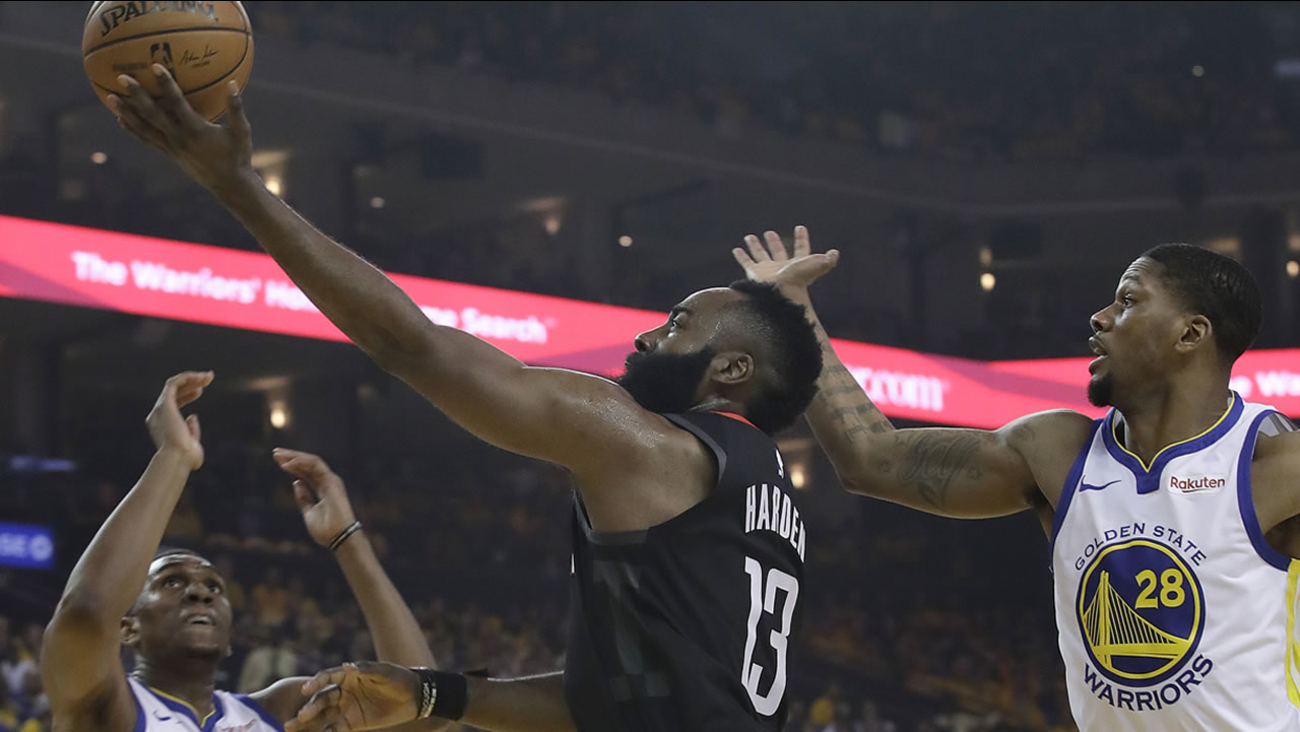 OAKLAND, Calif. (KGO) -- Almost all of the focus after the Golden State Warriors' Game 1 win has been on the officiating, and Houston won't like this -- the ref they despise, Scott Foster, will be working tonight's game.

RELATED: NBA says Curry should have fouled out in Game 1

These teams have a history of meeting -- it will be the fourth time in five postseasons. And Houston is not staying quiet on a refereeing issue it believes cost them the Western Conference title last season and Game 1 this postseason.

The Rockets are upset over what they believed to be several missed calls Game 1. That includes no call on James Harden's 3-point attempts at the end of the game.

They claim the Warriors defender didn't give him a landing zone. The league reviewed it and said, while there were some missed calls, the no call in Harden's 3 attempt by Draymond Green was a correct no call. For the Warriors' part, they say the missed calls go both ways.

See more stories and videos related to the Warriors.

From landing-zone and officiating complaints to this ... (via Tim MacMahon @espn) Referees are assigned to the first four games of a series before it starts. I assume the#Rockets are less than pleased. #Warriors #NBAPlayoffs pic.twitter.com/5jPxS1RNSl