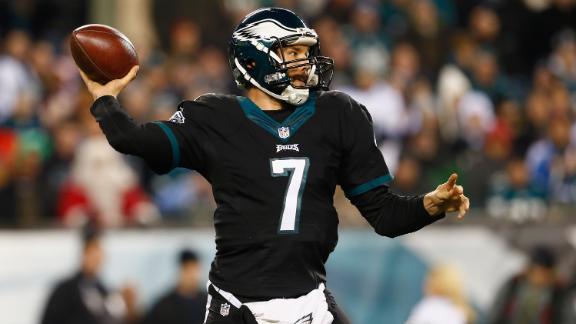 "I'm excited to be back on the field today with my teammates and coaches," Bradford said in a statement. "The business-side of football is sometimes a necessary consideration. My attention and efforts are focused on the participation in and preparation for a championship season. I am committed to my teammates and the Eagles organization for nothing less."

Bradford texted coaches and said he would be showing up Monday, a source told ESPN's Adam Caplan. He previously did not return their messages.

The Eagles tweeted a short video of Bradford at practice Monday.

Bradford's holdout began after the Eagles traded up for the No. 2 pick in last month's draft and made no secret of their intention to select a quarterback. The Eagles draftedNorth Dakota State's Carson Wentz less than two months after signing Bradford to a two-year, $35 million contract.

Condon had indicated that Bradford would skip all of the team's voluntary workouts and organized team activities leading up to a mandatory June minicamp. But the quarterback returned with the rest of the Eagles for Monday's workouts, and Condon said his client is committed to playing for the Eagles in 2016 and fulfilling his contract.

All of the time Bradford missed was voluntary under the NFL's collective bargaining agreement.

Defensive tackle Fletcher Cox, who is playing on a one-year team option and is negotiating a new contract, has also missed the Eagles' voluntary workouts so far.

Eagles coach Doug Pederson has said that Bradford is the team's starting quarterback for 2016. That plan didn't change with the drafting of Wentz, Pederson said. The coach acknowledged, though, that Bradford was missing "valuable time" by not being at the team's complex.

Pederson is teaching a new offense to his team, and the absence of the starting quarterback could affect that process.

Bradford, 28, started 14 games for the Eagles after being acquired in a trade last offseason. The Eagles went 7-7 in Bradford's starts. He completed 65 percent of his passes for 3,725 yards with 19 touchdowns and 14 interceptions. 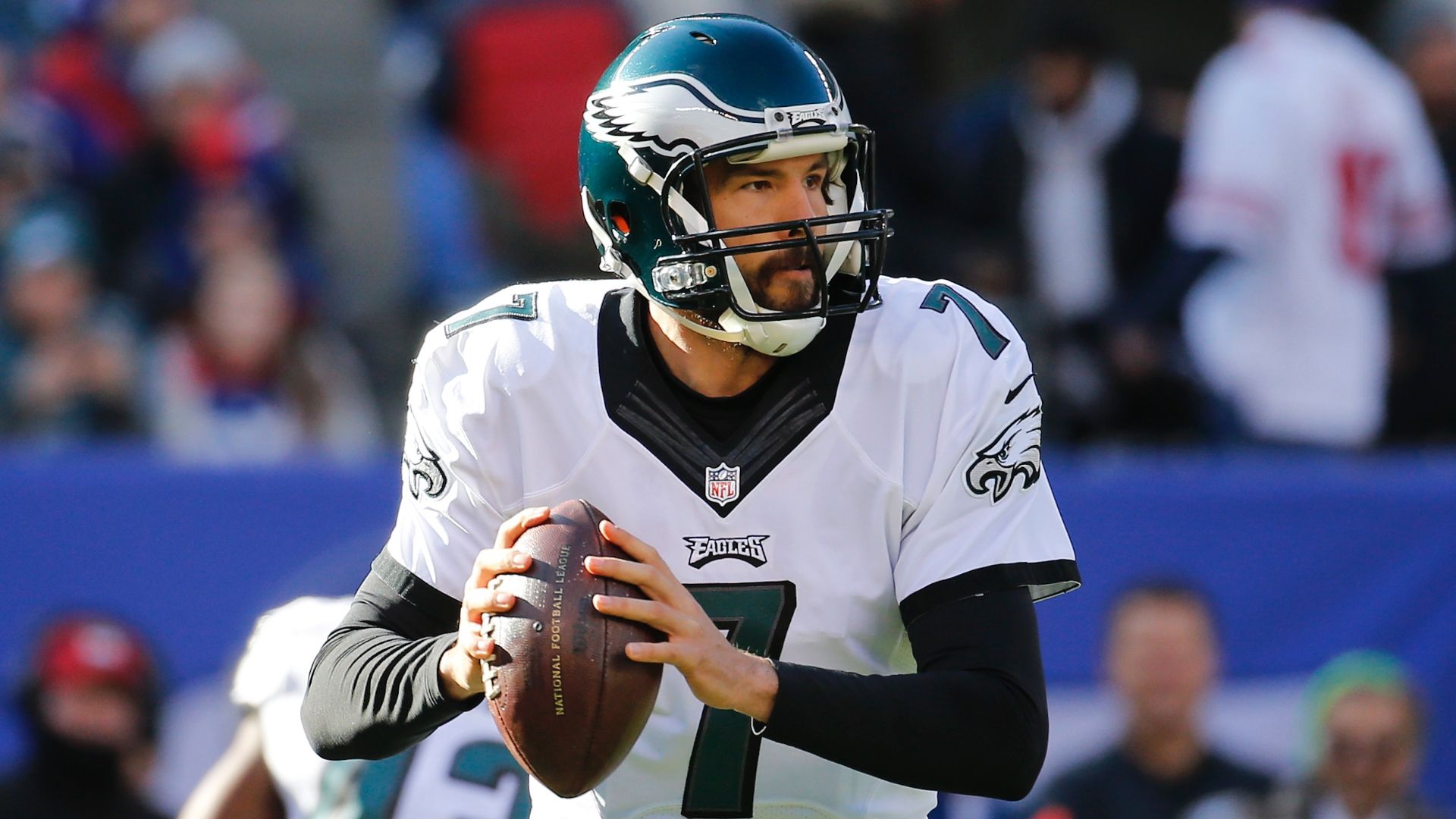 Sal Pal: Limited options led to Bradford's return
Sal Paolantonio explains how the Eagles and Broncos were unable to reach an agreement on a trade for QB Sam Bradford, and as a result, led him to re-join with Philadelphia. 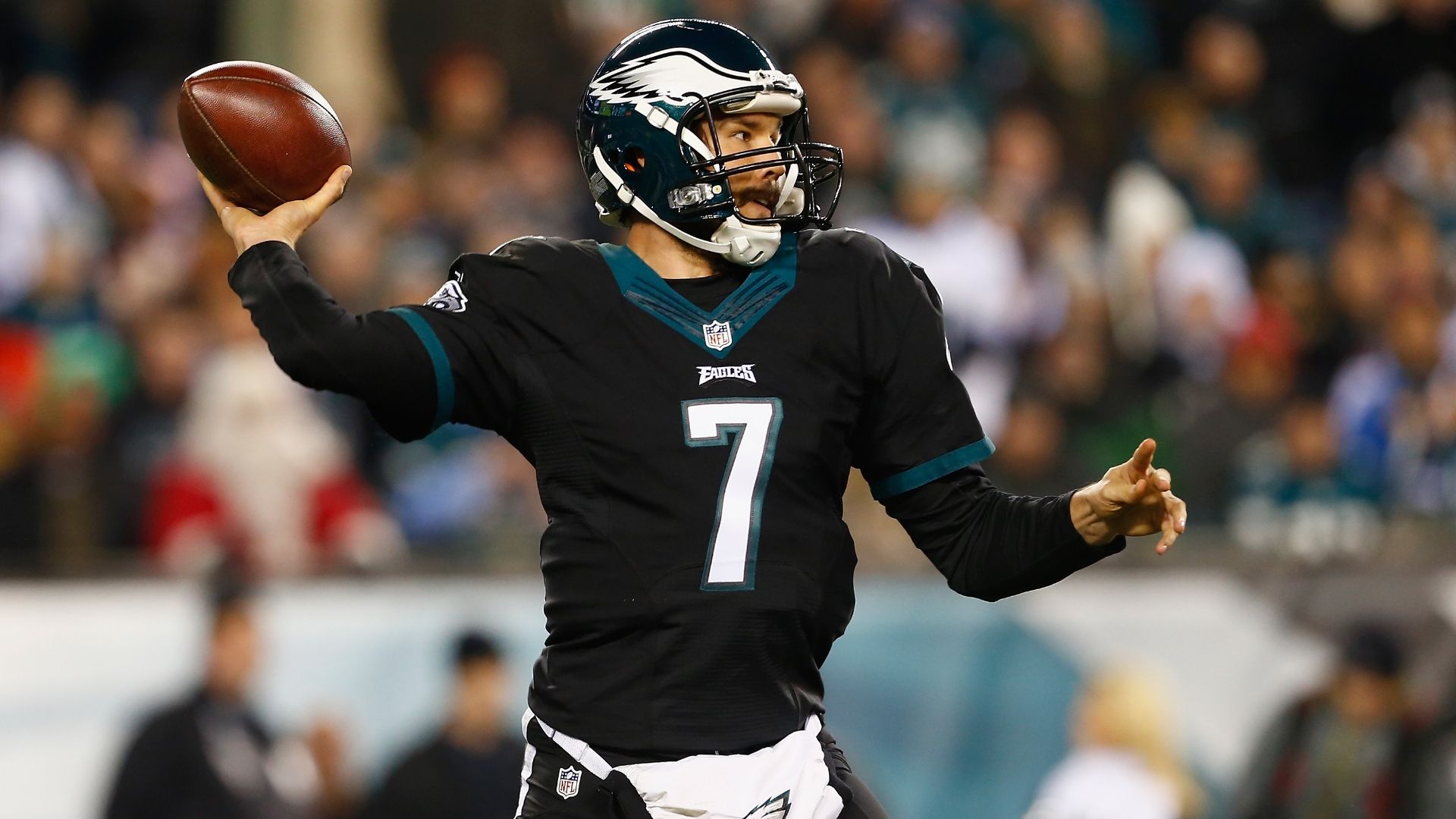