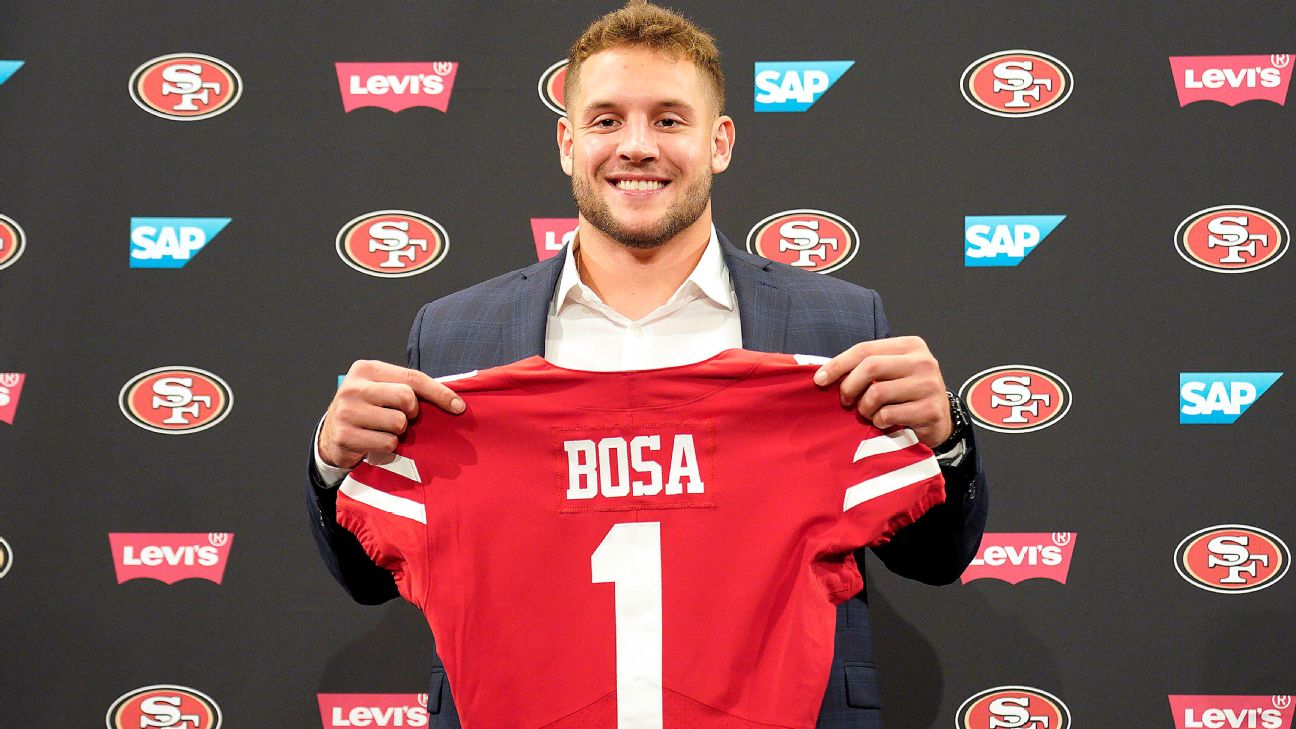 ESPN
Some have wondered how San Francisco 49erscornerbackRichard Shermanwould get along with new teammate Nick Bosa, who has landed in hot water for some of his social media posts.

"One thing about football is that nobody really cares what you say if you can play," Sherman told The Sacramento Bee on Monday. "At the end of the day, I think a guy that has played with African Americans his whole life, not saying he can't be racist, but they know how to maneuver around African Americans."

Bosa once called former 49ers quarterback Colin Kaepernick "a clown" for his kneeling protests of social injustice. He has liked homophobic and racist content on Instagram. Leading up to the draft, he scrubbed his social media of controversial content.Sherman, meanwhile, is one of the league's most active players in discussing issues regarding social justice.

Selected by the Niners with the No. 2 overall pick, Bosa has landed in one of the most progressive markets in the NFL. The Ohio State product quickly apologized about his Kaepernick comments specifically and his past social media activity generally.

"I definitely made some insensitive decisions throughout my life, and I'm just excited to be here with a clean slate," Bosa said at his introductory news conference. "I'm sorry if I hurt anybody. I definitely didn't intend for that to be the case, but I think me being here is even better for me as a person because I don't think there's any city that you could really be in that would help you grow as much as this one will.

Sherman has been a big supporter of Kaepernick's stance and has stood up himself for ending social injustice, but he says he is willing to give Bosa a chance, if he can be a good teammate.

"When you're at Ohio State, it's not like Ohio State's an all-white school. So I don't think that's going to ever be an issue," Sherman said, according to The Bee. "I think, at the end of the day, your beliefs are your beliefs ... but when you're in the building and you're a football player and you're a teammate, you handle yourself accordingly. And I think he understands that."

The Niners can definitely use Bosa's help on defense, and that's what it comes down to for Sherman.

"It's not like something where guys are like, 'Hey man, what about what you said?' No. No. If he can play, he can play. If he can't play, he won't be here," Sherman said, according to the newspaper. "But at the end of the day, that's all that matters in football. Is he getting sacks on Sunday? Is he helping our team? Is he being a good teammate? Those are things that matter.

"Now if he's a bad teammate, that's something we'll address." 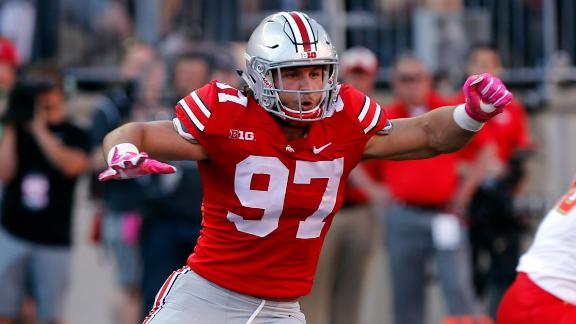