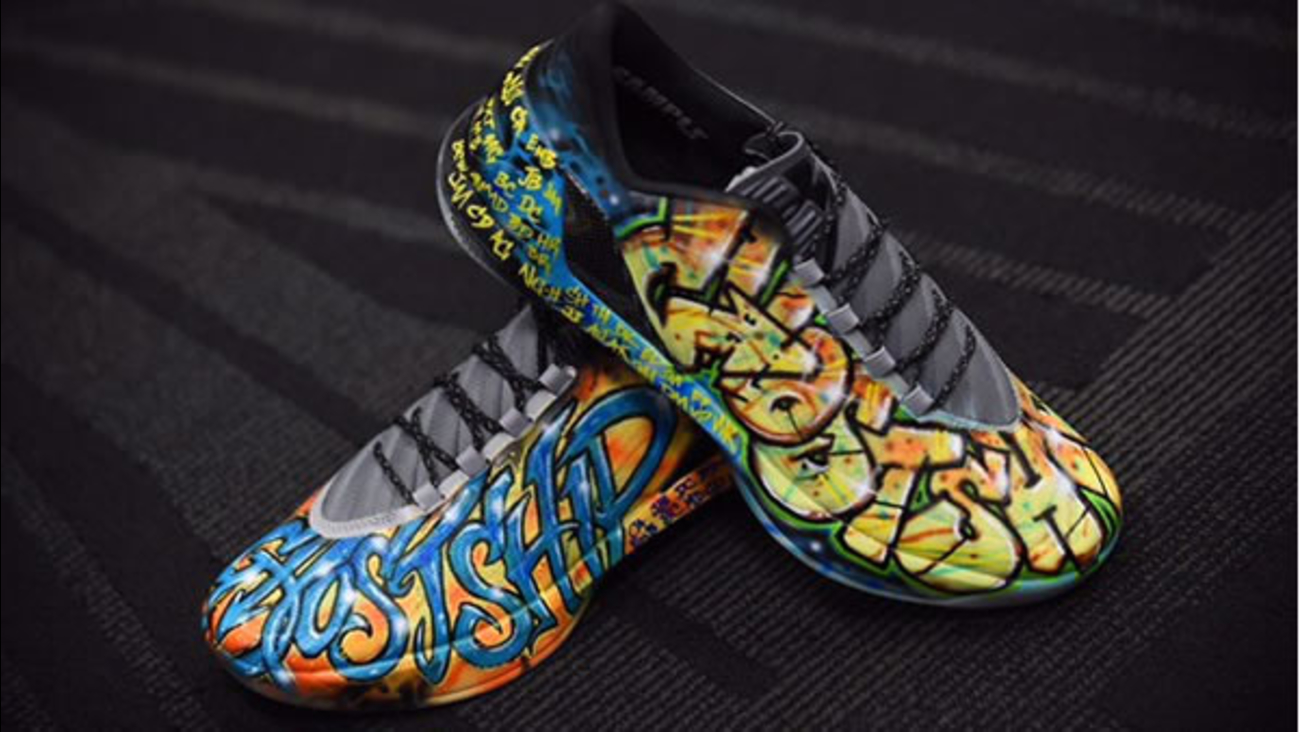 Stephen Curry wore these custom shoes to honor the victims of the Ghost Ship warehouse fire during a Warriors game on Thursday, Dec. 15, 2016 in Oakland, Calif. (Photo by StephenCurry30/Twitter)

OAKLAND, Calif. -- Three pairs of sneakers worn by Golden State Warriors point guard Stephen Curry are temporarily on display at the Oakland Museum of California, according to museum officials.

The shoes, on loan from an anonymous donor, are one-of-a-kind, with two pairs having designs that pay respect to the victims of the Ghost Ship warehouse fire that killed 36 people in December of 2016.

Curry wore the two customized Under Armour Curry 3 shoes which had special messages with graffiti-style designs on them that read 'OAKLAND STRONG' on one pair and 'GHOST SHIP' on another, during two games played in December.

The shoes were later auctioned off online, raising a total of $45,201 for the Oakland Fire Relief fund, which was established by the Oakland Athletics.

OMCA Director and CEO Lori Fogarty said in a statement that the museum is a cultural hub that aims to provide a space where people can gather to support one another and heal.

"These shoes are a representation of the generosity within our community, as well as a way to continue to honor those who perished in the tragic fire," Fogarty said.

In addition to the two customized sneakers, a third pair of shoes worn by Curry during Game 1 of the Western Conference Semi-Finals Playoffs in 2015, the year the Warriors won their championship, will be on display, according to museum officials.

All of the shoes will be displayed in the museums Great Hall. The Oakland Fire Relief is closed to donations after raising over $555,000. More information on the display is available here.

Museum officials said visitors who view the display are encouraged to reflect on their own connections to the community and how they can help make 'Oakland Strong'.