Steve Spagnuolo back as Giants DC 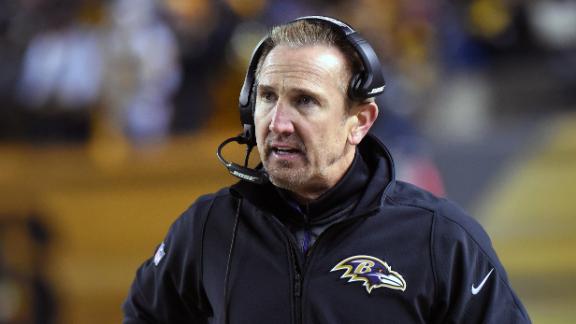 The New York Giants have selected Steve Spagnuolo as their new defensive coordinator, reuniting him with the team he helped win Super Bowl XLII while serving in that role from 2007 to 2008.

Spagnuolo, 55, replaces Perry Fewell, who was the Giants' defensive coordinator for the past five years but was fired last week after a 6-10 season in which the team finished 29th in the NFL in total defense.

"I was hoping to take the next step, God willing, and be a coordinator again. I'm ecstatic that it's with Tom Coughlin," Spagnuolo said. "Tom is the highest-character guy I know. The feeling I have is one of excitement. We're going to work our butts off, and hopefully we will do great things together."

"We spoke to a lot of very good candidates," Coughlin said. "The energy, enthusiasm and strong personality that we saw before in Steve Spagnuolo, all of that was very evident again. His desire to be a Giant again was very, very obvious."

In his one season in New Orleans (2012), the Saints' defense set an NFL record for yards allowed.

The Giants also hired Tim Walton as their cornerbacks coach. Walton was the defensive coordinator for the Rams in 2013.

Spagnuolo has spent the past two years as a defensive assistant with the Baltimore Ravens.

He joined the Ravens in 2013 as a senior defensive assistant and was named assistant head coach/secondary coach before last season. Injuries and ineffective play in the secondary led to the Ravens finishing No. 23 in pass defense this season.

The Ravens will have their third secondary coach in three seasons. Before Spagnuolo's one-year stint, Teryl Austin was the Ravens' secondary coach for three years (2011-13) before becoming the Detroit Lions' defensive coordinator.

The secondary will be a major point of emphasis for the Ravens after the pass defense finished No. 24 in the NFL and gave up the most passing yards in franchise history.

Ravens coach John Harbaugh can only hope this is the only change to his coaching staff. The Denver Broncos have requested permission to interview offensive coordinator Gary Kubiak for their head coach opening. If Kubiak leaves, quarterbacks coach Rick Dennison and tight ends coach Brian Pariani are expected to go with him.