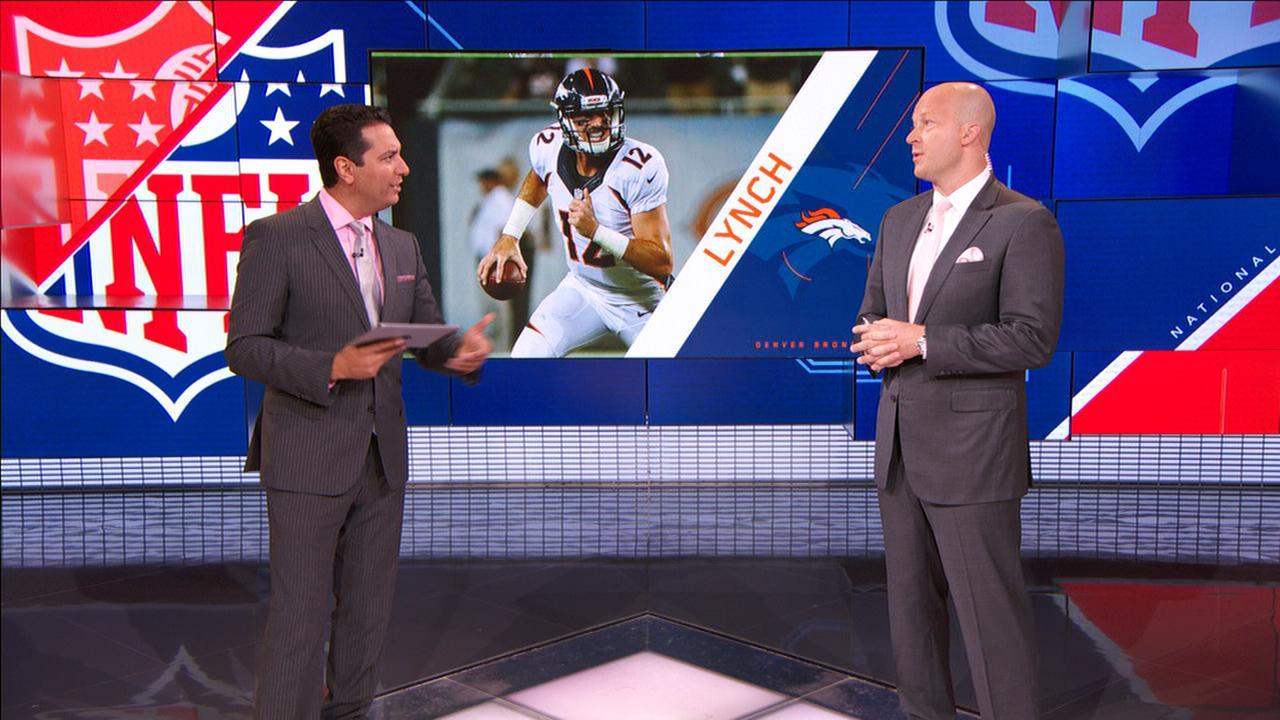 While that doesn't mean -- yet -- Siemian will be the team's starter when the Broncos open the season Sept. 8 against the Carolina Panthers, he will get the last, best look with the starters before coach Gary Kubiak makes the call.

"Trevor will start the game this week,'' Kubiak said Monday. "They're all going to play and the biggest thing I have to take a look at too, is how I'm going to play our starters as far as how I get the rotation going ... It's down to the nitty gritty here ... I'm going to make a decision next week and we're going to go to work.''

Kubiak didn't definitively say if Mark Sanchez or rookie Paxton Lynch would follow Siemian into the lineup against the Rams on Saturday, but he added he was still considering how long the starters would play in the game. In the past the Broncos starters have played into the third quarter of the third preseason game.

It would be significant if Lynch were the second quarterback into the game against the Rams. It is expected Kubiak would give the exact order after Siemian later in the week.

Siemian was also getting treatment on his right shoulder Monday after falling hard trying to tackle San Francisco 49ers safety Eric Reid, who returned an interception 44 yards for a touchdown this past weekend. That throw, as it turned out, was Siemian's only mistake as he finished 10-of-14 for 75 yards and was 10-of-11 passing at one point.

Siemian also led the offense on a 10-play, 86-yard touchdown drive to open the game. His body of work was enough for Kubiak to give Siemian the start.

"I think Trevor did a good job the other night, obviously he has one play he'd like to have back or it probably would, it would have, been as good as it could be,'' Kubiak said. "So, I'm going to go back and give him a chance to do that again.''

After the game Siemian was composed and said of the interception: "I just can't turn the ball over, I made a bad decision ... I want that one back ... That one bad play, unfortunately you can't have one bad play.''

As he did following the game, Kubiak re-affirmed Monday that while Siemian has to protect the ball better, Kubiak said of his play-call "hell, man that wasn't a very good call.''

Sanchez was 10-of-17 for 120 yards with two lost fumbles -- both in a four-play span just before halftime. Sanchez was emotional after the game, saying that he had "squandered'' the opportunity to win the starting job.

" ... Going into my eighth year I know better, I know I've got to get the ball out ... I know I can play this game and I know I'm better than I showed," Sanchez said after the game. "... Two really bad plays that took away from a great performance and potentially winning a job, so that's really too bad.''

The Broncos close out the preseason Sept. 1 in Arizona and asked if he envisioned a scenario when all three of the quarterbacks would be forced to play in that game, Kubiak said: "I don't envision that.''

That means whoever is named the starter for the season would likely sit that one out. Kubiak also added Monday he had planned for the possibility the competition behind center could go this deep into the preseason.

"I expected it, I expected it,'' Kubiak said. "We've got three quarterbacks, two of which weren't on this team this year, and one ... who has one regular-season snap. I knew this was going to take some time and I think to a credit to them and how well they've battled and pushed each other.''
Related topics:
sportsespnmark sancheznfltrevor siemianpaxton lynchdenver broncoslos angeles rams
Copyright © 2020 ESPN Internet Ventures. All rights reserved.
More Videos
From CNN Newsource affiliates
TOP STORIES