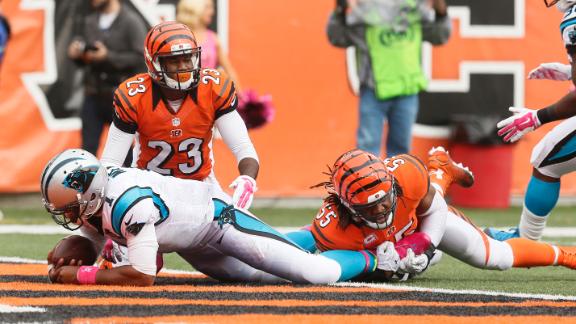 Burfict has been warned that he's considered a repeat offender subject to escalating discipline, a league source told ESPN's Ed Werder on Wednesday, adding that any future incidents of this kind will result in his being summoned to the league offices in New York City.

Last season, Burfict led the Bengals in penalties, including eight unnecessary roughness calls. He's tied for the team lead in penalties this season, even though he's played only one full game.

During Sunday's game, Burfict twisted the ankles of Newton and Olsen as they lay on the ground after touchdowns. Panthers coach Ron Rivera sent tapes of the plays to the league office. A source said that the tapes reveal the ankle-twisting is more obvious on the Newton play than on the play Olsen was injured.

Burfict To Appeal Fine
ESPN NFL Insider Adam Caplan discusses the likelihood that Vontaze Burfict would just pay - and not try appealing - the $25,000 fine for twisting the ankles of Cam Newton and Greg Olsen during the Bengals' tie with the Panthers in Week 6.