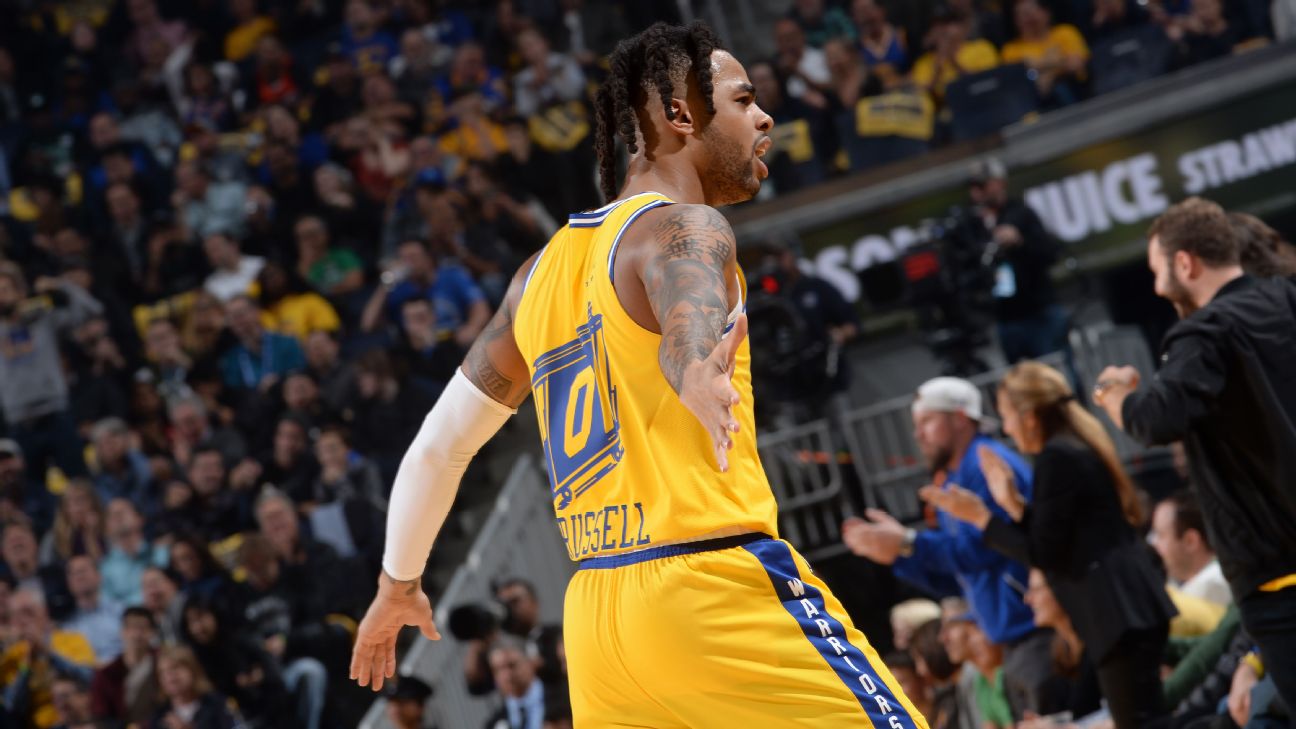 Golden State Warriors guard D'Angelo Russell is out at least two weeks because of a sprained right thumb.

The Warriors announced that an MRI performed on Russell's right thumb after Friday night's loss to the Boston Celticsconfirmed the sprain.

Russell will not travel with the Warriors on their upcoming four-game road trip and will be reevaluated in two weeks.

His injury is the latest setback for a Warriors team that has battled injuries all season. Star guard Stephen Curry broke his left hand on Oct. 30 and will miss at least three months. All-Star swingman Klay Thompson continues to rehab from a torn ACL in his left knee; his return this season remains unclear. Center Kevon Looney has been out because of a nerve condition since playing 10 minutes in the season-opening loss to the LA Clippers. Jacob Evans has been out since he strained his adductor on Oct. 28. Damion Lee has been out since Monday because of a non-displaced fracture on his right hand. Rookie Alen Smailagic has been out all season because of a right ankle sprain. 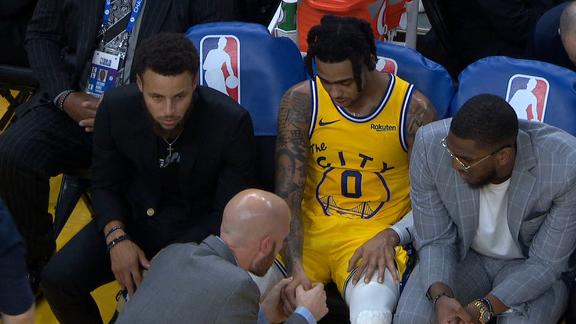