With ball stuck, Jon Lester tosses mitt to first base to get out


After the San Diego Padres' Clint Barmes hit a comebacker that stuck in Lester's glove in the second inning, the pitcher promptly ran toward first baseman Anthony Rizzo and tossed his entire glove, ball attached, for the out.


Lester has a history of poor throws to first base on pickoff attempts, committing an error on one in his last outing Monday when he airmailed Rizzo.


A similar play happened as recently as last season, when Chicago White Sox first baseman Jose Abreu couldn't get the ball out of his webbing, tossing the entire glove to pitcher Scott Carroll, who was covering at the bag. 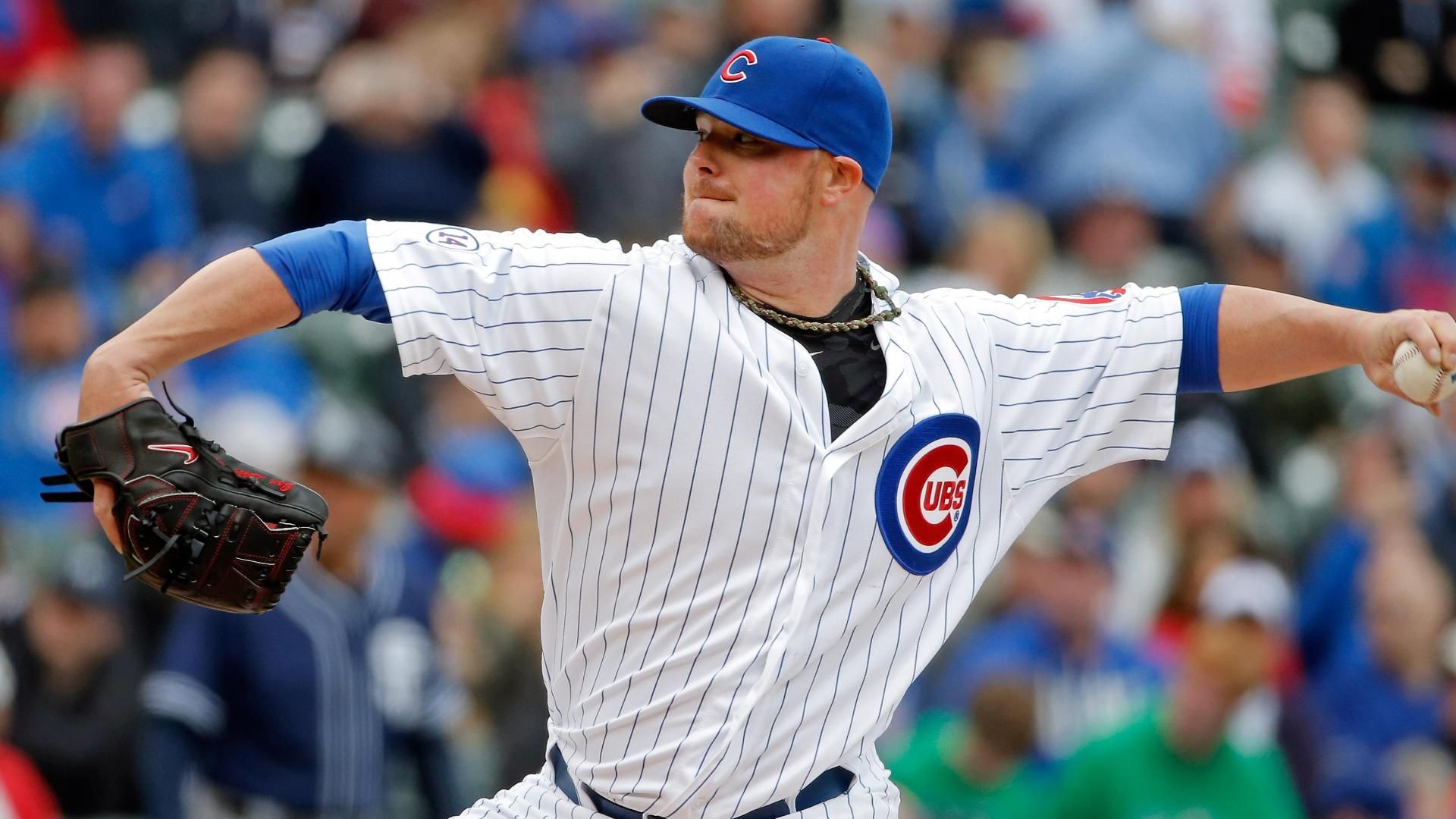