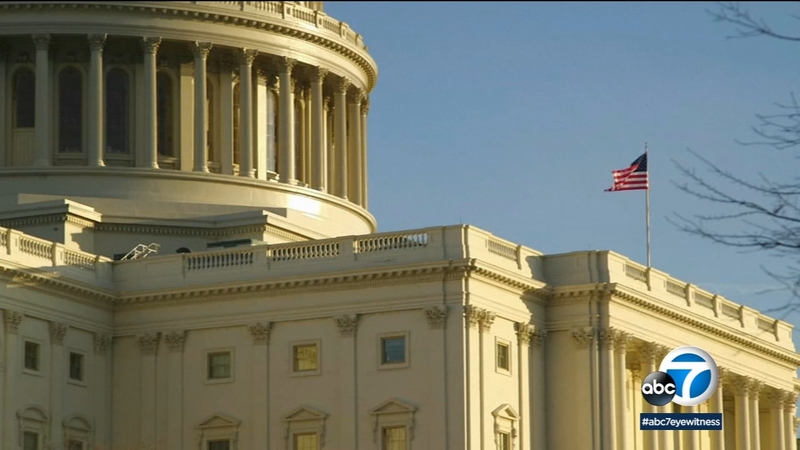 WASHINGTON -- More than 150 senior executives from some of the largest American companies across several major industries have lined up behind President Joe Biden's $1.9 trillion coronavirus relief package, according to a letter obtained by CNN.

The group of executives includes the top executives representing some of the powerful business interests in the US, ranging from bank and investment firms like Goldman Sachs and Blackstone, to technology companies like Google, Intel and IBM, to hospitality companies like Loews Hotels & Co. and airlines including American and United Airlines. Top executives from real estate, insurance and utility firms also signed on to the letter.

"Previous federal relief measures have been essential, but more must be done to put the country on a trajectory for a strong, durable recovery," the executives wrote in the letter addressed to bipartisan congressional leaders that will be sent Wednesday. "Congress should act swiftly and on a bipartisan basis to authorize a stimulus and relief package along the lines of the Biden-Harris administration's proposed American Rescue Plan."

Biden, over the course of his first month in office, has relentlessly pressed lawmakers to pass his cornerstone legislative proposal, which includes funding for schools, vaccine distribution and infrastructure, states and localities, direct payments and extensions of expiring unemployment insurance programs.

The weight of the businesses getting behind the proposal provides a boost to Democrats as the House moves towards a final vote on the package later this week, with the Senate slated to follow suit shortly after. Among those signed onto the letter are bold faced names including David Solomon, chairman and chief executive officer at Goldman Sachs; Stephen Schwarzman, the chairman and CEO of Blackstone; Sundar Pichai, the CEO of Google; John Zimmer, the co-founder and president of Lyft; Brian Roberts, the chairman and CEO of Comcast and John Stankey the CEO of AT&T.

AT&T is the parent company of CNN.

President Biden sits down with Senate Democrats as they chart a path for multiple administration priorities, especially COVID-19 relief.

Republican support, to this point at least, has remained non-existent, with even moderate GOP senators amenable to talks calling Biden's proposal too large in scale and scope given the trillions in emergency aid deployed over the first year of the pandemic.

Senate Republican Leader Mitch McConnell of Kentucky attacked the plan as "totally partisan," and Republicans in the House and Senate appear unified in voting against the proposal, aides in both chambers say.

Biden, however, has been steadfast that his mandate is to "go big," and in recent days has challenged opponents of his plan to outline specifically what they'd like to strip from the package.

President Joe Biden is working this week to shift attention back to his ambitious agenda, with COVID-19 and his $2 trillion relief package taking center stage.

The letter from business leaders serves to bolster Democratic arguments about the size of the package.

"Strengthening the public health response to coronavirus is the first step toward economic restoration," the executives wrote. "The American Rescue Plan mobilizes a national vaccination program, delivers economic relief to struggling families, and supports communities that were most damaged by the pandemic."