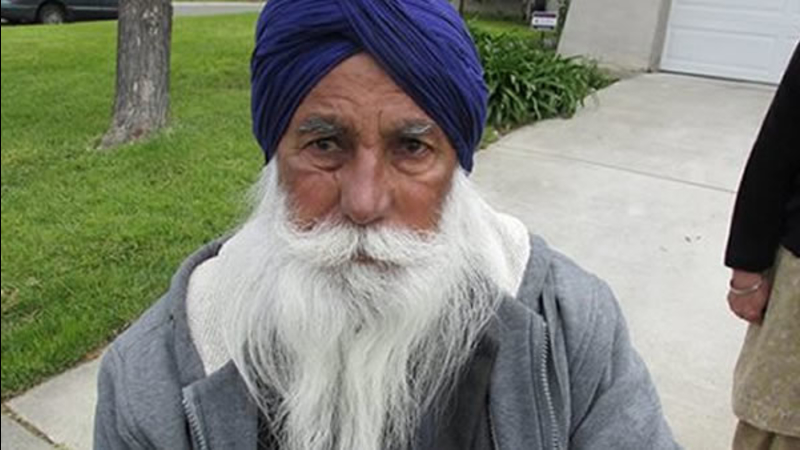 SUISUN CITY, Calif. (KGO) -- Family and friends are in shock after a bizarre and deadly attack in Suisun City. A man was arrested for allegedly killing his daughter-in-law with a hammer.

Police say it all began with an argument that involved a bike.

A man known for his quiet, friendly demeanor is sitting in jail in Solano County after he was arrested early Wednesday morning. Police say 63-year-old Amarjit Singh bludgeoned his own daughter-in-law to death at the home where they both lived.

It happened early Tuesday morning in a quiet Suisun City neighborhood. Police say Shameena Bibi's husband and his brother came home and found her dead in the garage.

Mattos said the 29-year-old Bibi was killed while her in-laws and 2-year-old son were inside the house. According to investigators, it was only later at the police station when the father-in-law, Singh, confessed.

"He was very calm, very stoic. It was interesting seeing his demeanor," Mattos said.

According to police, Singh told investigators his daughter-in-law had "disrespected" him and that the pushing over of a bike in the garage may have been the last straw.

"The bike was pushed over, or thrown down or something happened to the bike. Possibly some words were exchanged, which the suspect felt disrespected through that exchange," Mattos said.

Singh worships at the Guru Nanak Temple in Fairfield, where a committee member told ABC7 News he is known as friendly, volunteers often and regularly attends Wednesday and Sunday prayers.

On Wednesday, friends stopped by to pay their respects at the family's home. "They are just sad right now. I came here to see them and my cousin came here," family friend Sanjot Singh said. "She was very nice, she was a very nice woman."

Singh is currently being held in the Solano County Jail without bail. He's expected to be arraigned by this weekend.