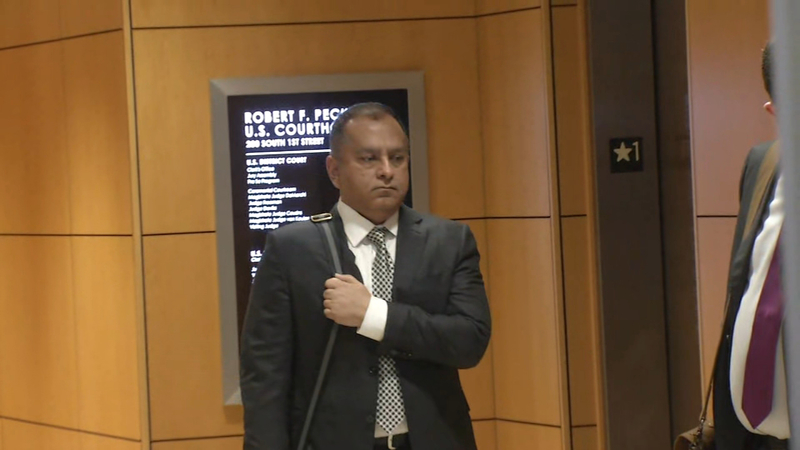 The judge spent an hour giving the jury instructions and then turned to prosecutors to start their opening arguments, only to have them point out that the monitors, which they use to show exhibits in the case, were not working. The judge noted the irony of the technical problem happening in Silicon Valley and then called in the IT Department.

Twenty minutes later, at 10:09 a.m., the prosecution started laying out its case against Balwani, telling jurors the evidence will show that Balwani and CEO Elizabeth Holmes lied to investors and patients to get money from them.

Holmes and Balwani were romantically involved at the time. She was convicted in January on four counts of fraud.

Prosecutors started out the case Tuesday morning with the example of Safeway and Walgreens, explaining how Balwani and Holmes convinced those companies that the Theranos mini lab device would be able to give patients results in the store after testing one drop of blood from the finger. Prosecutors told the jury those stores invested millions of dollars in Theranos, but that those claims were lies and the device was never able to meet those promises.

Holmes has not been sentenced yet and has not said whether she will testify against Balwani.