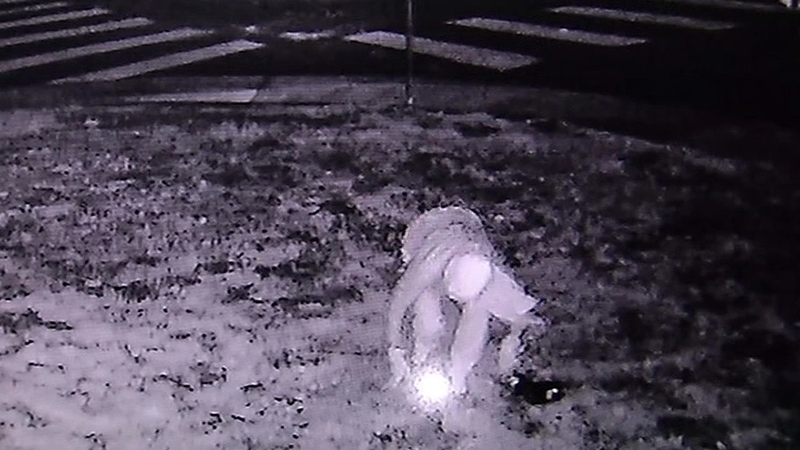 NOVATO, Calif. (KGO) -- One family is upset after surveillance video captured a woman stealing a Christmas laser light display outside their home in Novato.

In happened Sunday night and the family wants the person found. "It's pretty low for someone to come and take laser lights out of the front yard," Theresa said.

In the video, the woman is seen walking with a purpose. Then, with one Star Shower Laser Light display in hand, she becomes focused on stealing a second one. She looks around a few times. Nothing seems to deter her, not even a pedestrian in the background. She leaves with two laser lights in hand. All of this happened shortly after 10 p.m., while Bob and Theresa Nicholson were at home getting ready to go to bed. "After that I went to the front window, closed the blinds and noticed the whole front yard was dark," Bob said.

The Nicholson's surveillance system caught it all. They told ABC7 News their first reaction was that they were upset.

The Nicholson's hope someone will identify the woman, maybe recognize a piece of clothing or the glasses she was wearing. "To me it looks like she has a short blond ponytail.I'm thinking someone has got to recognize her," Theresa said.

The Nicholson even posted pictures of the woman on a stop sign next to their home.

A before picture showed their house with the laser lights display, a popular item that sold for $40. "I've tried to replace them and the only place I could find them was on Amazon for $100 plus," Bob said.