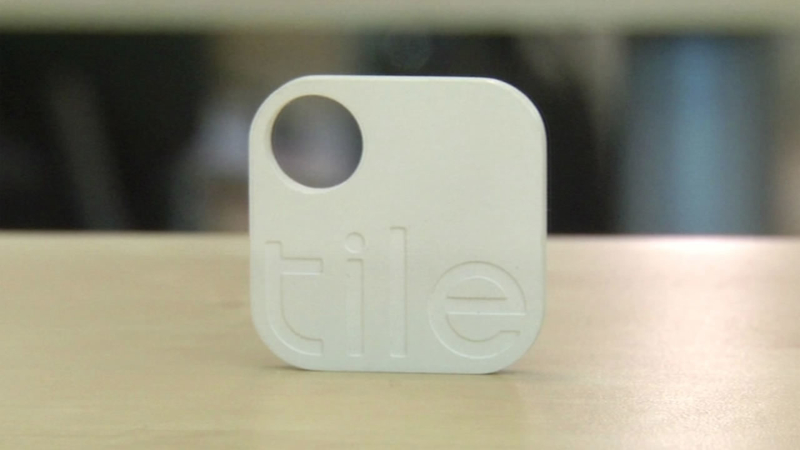 SAN FRANCISCO (KGO) -- The high tech finder of lost key rings, Tile, which could be called the largest lost and found, can do much more than most people think.

By now you have probably heard about Tile. You attach a little Tile device to things you don't want to lose and it sends out a Bluetooth signal you can track with your smartphone.

Tiles are often attached to keys and wallets, items lost around the home or office. But Tile makes a promise of being able to find bigger items further from home.

The company's video makes the following promise: "If your bike goes missing, you can mark it as a lost item. This puts all other Tile apps on the lookout for your Tile. If any Tile user gets within range of your bike their phone will communicate with our office and you'll be sent a notification of your bikes whereabouts."

Everyone with a Tile app running on their phone is on the search for your item. Sounds good, but does it work?

Andreas Muno says his expensive Italian bike would cost $2,4000 new is proof. In December the bike went missing from near his home in Redwood City.

"When I got home the same evening I remembered that I put a Tile in the back of the bike," said Andreas Munro of Redwood City.

The Tile was stashed under the seat of his bike. He reported the item missing to Tile. Three days later he received an email notification.

"Your bike was found! With the location on the map indicating where it is and it is here, right here where we are standing today," he said.

His bike was a couple blocks off of Union Square in San Francisco. He called police and old them about the Tile and the bike.

"Thirty minutes later I hear back from the police and they say the bike is exactly where your tile told us what do you want us to do with it?"

No one was arrested but Muno got his bike back, no worse for wear, but with 300 extra miles.

Tile's CEO and founder Michael Farley said, "this is what it is all about at Tile; helping people stay connected to the things they love. When we find things like rare Italian motorcycles that have been stolen and bring we them back to their owners that makes everything worthwhile for us."