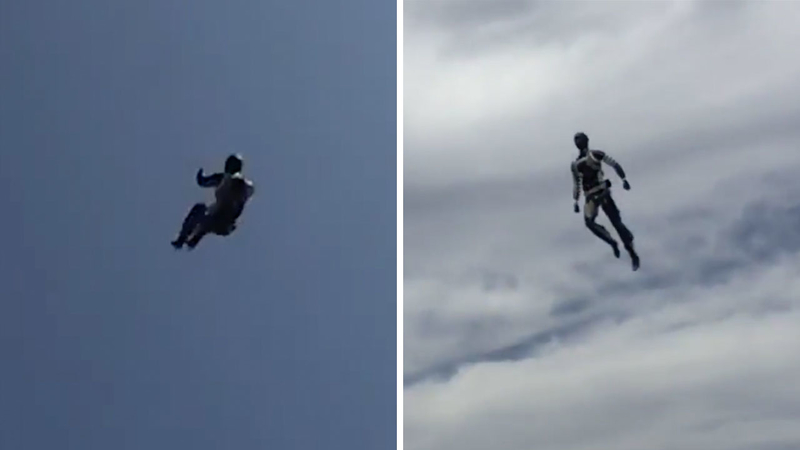 GLENDALE, Calif. -- Disney's Imagineers have unveiled a cutting-edge stunt robot that can flip and soar through the air just like a traditional human acrobat.

Footage released by Walt Disney Imagineering Research & Development showed the humanesque Stuntronics robots pulling off mid-air flips and somersaults, and one Stuntronic simply soared through the air like Superman before landing in a safety net below.

The 90-pound Stuntronics are decked out with onboard sensors that help the robots make acrobatic decisions in the moment, according to Disney.

"It knows when to tuck its knees to perform a somersault, when to pull its arms to twist, and even when to slow down its spin to make sure it sticks that perfect landing," the company wrote in a blog post.

The Stuntronics technology is the successor to Stickman, a Z-shaped robot introduced earlier this spring. That figure pulls off similar somersaults and swinging stunts, though the Stuntronics robots look decidedly more human than Stickman.