Tesla employee charged with murder in shooting death of co-worker, held without bail 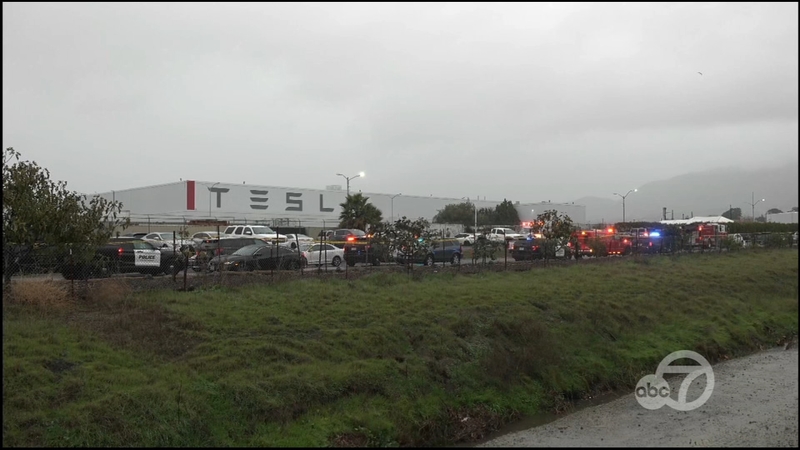 Tesla employee charged with murder in death of co-worker

FREMONT, Calif. (KGO) -- New details have emerged about a deadly shooting involving two Tesla workers in the parking lot of the plant in Fremont.

Thursday the suspect was arraigned on a charge of murder and is being held without bail.

An autopsy was set for Thursday on the victim.

Coworkers say both men were working Monday morning when they got into an argument.

They heard suspect Anthony Solima say he quit, and saw him walk out.

The other man, Lee Brasier, finished his shift and went to his car in the parking lot around 2:30 in the afternoon.

Brasier was found on the ground next to his car with the keys still in the door, and a shot in the back of the head.

Fremont police say they tracked Solima's car and cell phone before and after the time of the crime, and that that evidence shows he was at the scene when it happened.

They followed his car to Milpitas and arrested him that night outside a 7-Eleven store.

Police found a ghost gun in the car -- a short-barreled rifle with no serial number, a bullet and shell casings, which match evidence found at the crime scene.