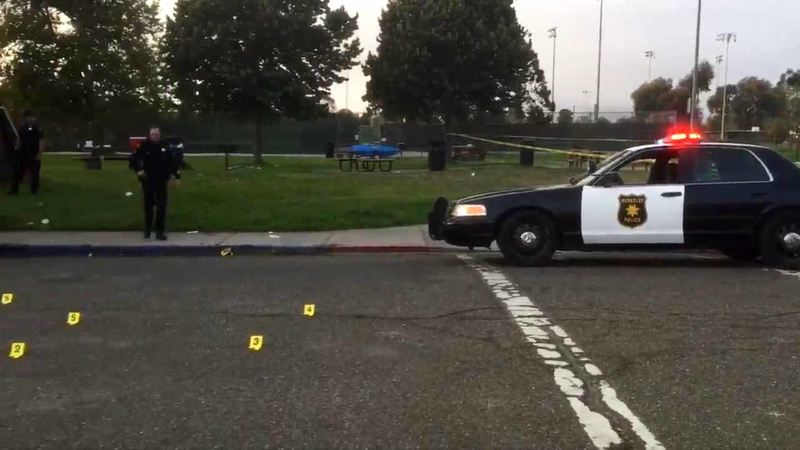 BERKELEY, Calif. (KGO) -- Three men were shot in an apparent drive-by shooting in a Berkeley park packed with children. One shooting victim is in critical condition the other is said to be stable.

"They heard a lot of shots and everybody was frantic and scared and running for their lives," said Pastor Raymond Lankford.

"One victim in the back stomach, let me check on the other," radioed a responding officer.

Witnesses say three men were shot in an apparent drive by. The say two men were hit in the stomach, one man with a graze wound to his hand.

"The fact that this would happen in broad daylight is, I don't know, it's pretty disconcerting," said Grant Berg, a park neighbor who arrived home to the shooting scene.

"There were a lot of children out here today. My sister-in-law gave a birthday party for her grandson so we had a lot of our grandchildren nieces and nephews over here and there were other events as well," said Lankford.

Berkeley Police collected evidence for several hours, but released few details. Neighbors say a shooting in the same area occurred back in May.