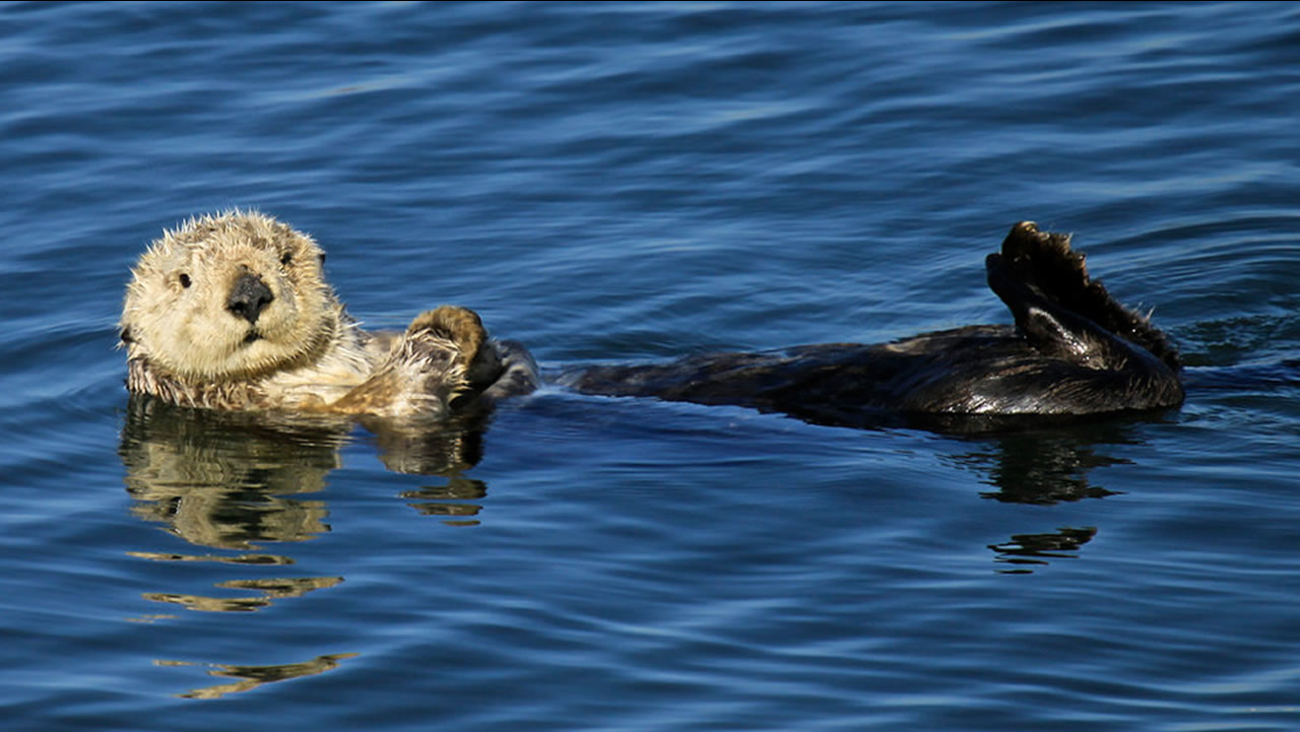 This file image shows a southern sea otter in the water in the Pacific Southwest region on October 18, 2011. (Photo by Lilian Carswell/USFWS)

SANTA CRUZ, Calif. (KGO) -- The U.S. Fish and Wildlife Service and the California Department of Fish and Wildlife are offering a reward of at least $10,000 for information that will lead to the arrest of a person who they say fatally shot three sea otters in late July or early August.

The U.S. Fish and Wildlife Service Forensics Laboratory is conducting an examination.

The reward of at least $10,000 is being funded through the Monterey Bay Aquarium, state Department of Fish and Wildlife and a private donor, wildlife officials said.

Anyone who finds a dead sea otter in Santa Cruz County should leave it in place, take a photo if possible, and report it immediately to CDFW at 831-212-7010.