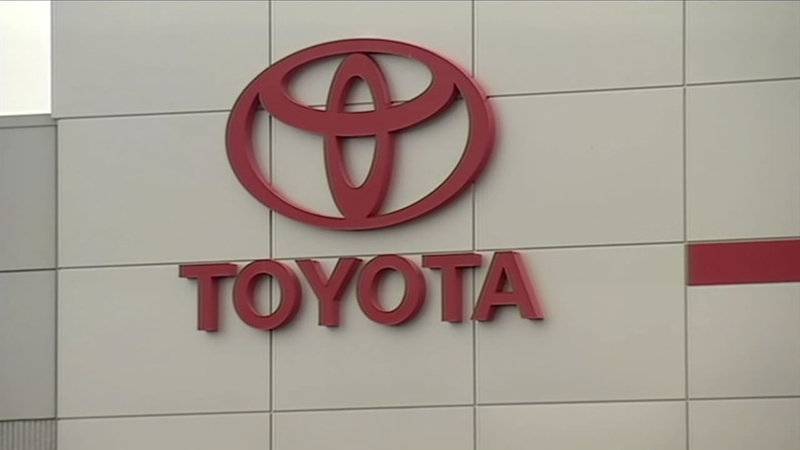 STANFORD, Calif. (KGO) -- Toyota is accelerating its efforts to engineer artificial intelligence into its future models. It announced Friday in Tokyo that it is investing $1 billion to create one of the largest research centers in the Silicon Valley and it will support projects at Stanford.

Laverne Kleeberg, 86, and Helen Schneider, 93, are still driving. Mobility is important to them because it allows them to come to Avendias, a senior center in Palo Alto, to have lunch and see friends.

Those who study seniors, such as Ken Smith at Stanford's Center on Longevity, say taking away the car keys can lead to isolation, loneliness and a loss of self-esteem.

It also is tough on adult children to tell their parents it's time to give up driving.

"My sister and I had to go to our father, who had always been the one to decide when it was safe for us to do something, and tell him that we had to take away his car keys," Toyota Research Institute CEO Dr. Gill Pratt said.

That's one of the reasons Pratt agreed to be CEO of Toyota Research Institute. He wants fewer families around the world to have to have that conversation.

The research Toyota will support at Stanford and MIT won't happen overnight, as much as the ultimate dream is to have fully autonomous cars.

"I'm really excited to hear about these electric cars that go by themselves. I'd be interested in watching how it solves the problem of whether to pass or not," Schneider said.