Caltrans promises some relief on the Novato Narrows by June 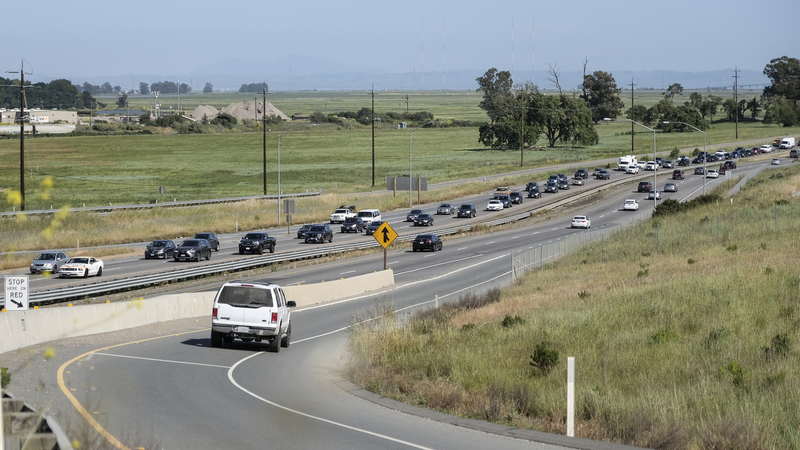 Caltrans promises some relief on the Novato Narrows by June

NOVATO, Calif. (KGO) -- In the North Bay, it's that stretch of Highway 101 with a bad reputation. Merely mention the Novato Narrows, and brace yourself for the verbal venom.

"Will it ever get better?," I asked her. "I have been asking the past five years," Glyer answered.

How time seems to have not flown since the ceremonial digging of dirt, three years ago, for work from Novato through Petaluma.

It's one leg of a $750-million, 17-mile project that is elevating the highway, improving sight lines, and expanding the route to six lanes.

Caltrans never said it would be easy. Not then. Not now.

But Caltrans drove from Sacramento to reassure us that despite the continuing clog of road work, they're making progress.

Barring any massive weather impacts, we should be able to deliver this by late June," said Farhad Farasmand, Caltrans Transportation Engineer. "We will have live lanes here. Absolutely."

The very traffic this project intends to relieve, has also created some of the most recent pain, Caltrans tells us.

"I hope they understand that when you have to maintain traffic and build in the same area, you cannot just do it quicker. It has to be done in stages. It takes longer," said project manager Wajaxat Nyaz.

When Caltrans finishes this project in 2023, they expect it will save commuters as much as fifteen minutes in each direction.

And, drivers will be traveling on a modern highway, above the flood plane, that replaces one built to 1950's standards.

Until then, however, mention the word narrows, "Automatically makes my blood boil," Asker said.

But somewhere, over the hill, through the woods and beyond the latest traffic jam, there is relief in sight.