Lanes reopen after fatal crash snarls I-80 traffic in Emeryville 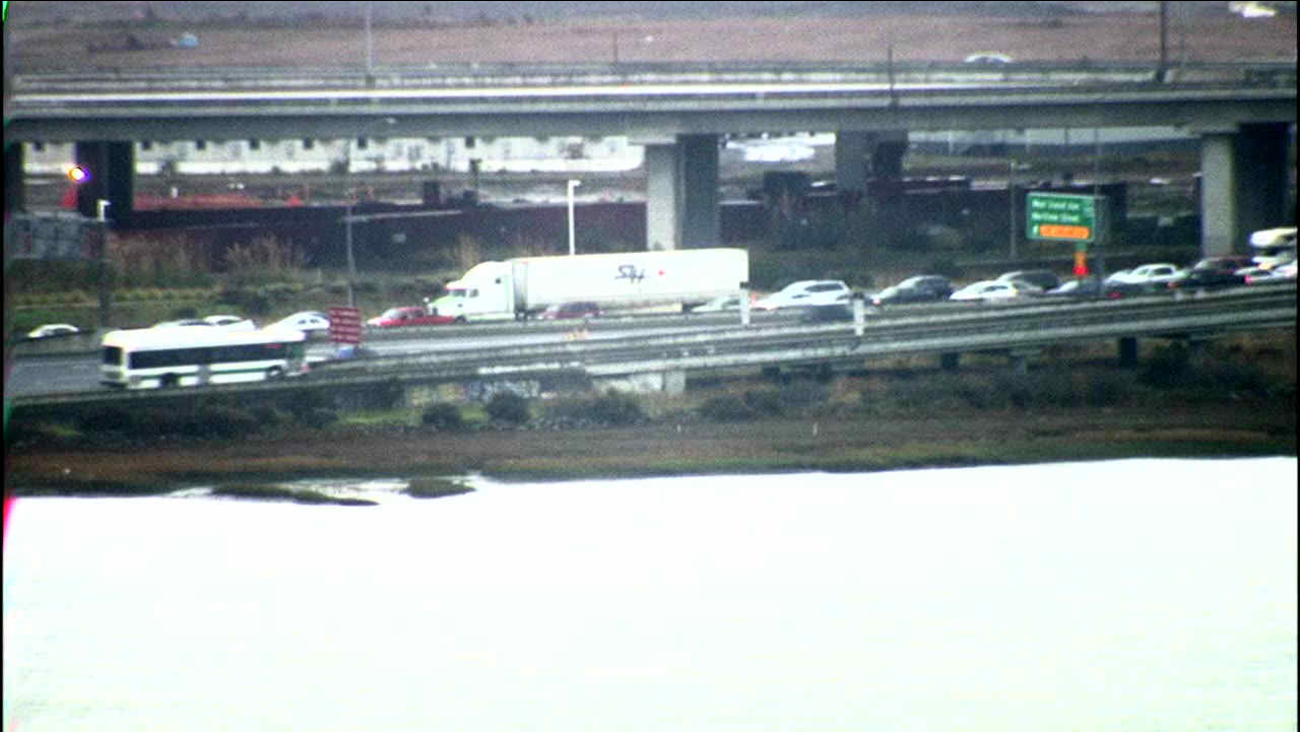 EMERYVILLE, Calif. -- All lanes of eastbound Interstate Highway 80 in Emeryville just west of the Emeryville exit are now open after being closed for hours after a crash that killed a person Sunday, the California Highway Patrol said.

A Sig-alert that was called has now been cancelled.

Callers alerted the CHP to the collision around 9:45 a.m., according to the CHP traffic log.

A green Ford pickup truck lost control in the Berkeley curve just west of the Emeryville exit, according to CHP Officer Michael Hamer.

"The pickup spun out and came to a stop blocking the Number Three lane," Hamer said, referring to the third lane from the left.

"A white Ford SUV traveling at a high speed for the wet conditions lost control and went sideways into the pickup," Hamer said.

The crash resulted in the death of one of the passengers in the SUV, the CHP officer said. The driver of the SUV said he was in pain and was taken to the hospital, Hamer said.