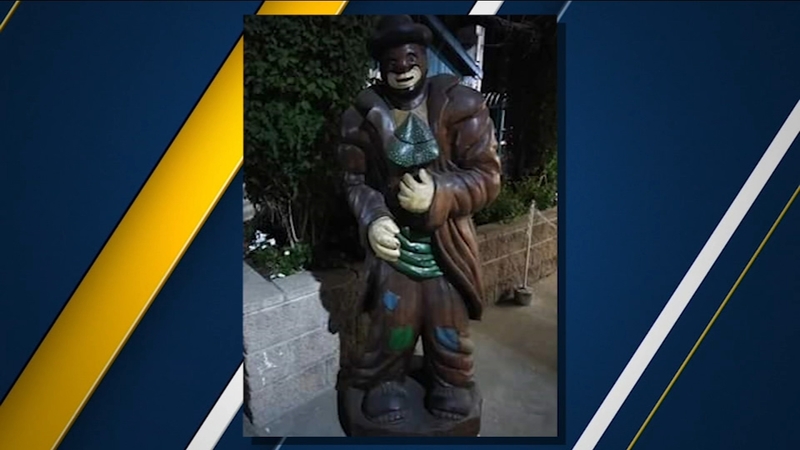 FRESNO, Calif. -- The Tulare County Fair received some backlash after some say a statue on the fairgrounds was offensive.

Below is a picture ABC30 Action News viewer Carrie Crawford sent of a minstrel clown she said mocks and demeans African-American people.

"The statue is extremely culturally insensitive and a depiction of how African Americans were viewed in the past. African Americans do not celebrate these parts of history as positive and fun. Jumpin Jim Crow and blackface are demeaning and hurtful," Crawford wrote.

Crawford said it could be seen at the "J" Street entrance of the fair.

The fair released this statement:

"Close to a dozen wood carvings were commissioned by the Tulare County Fair in the 1990s from artist Andy Enzi, a talented wood carver from Calaveras County.

Among the many wood-sculpted pieces that appear throughout the fairgrounds is Emmett Kelly, an American circus performer with the Ringling Brothers and Barnum & Baily Circus. One of the greatest showmen, Kelly became famous for his creation of the memorable clown figure 'Weary Willie'

His routine was revolutionary at the time. The Tulare County Fair celebrates the accomplishments of the original greatest showman by continuing their tradition with three different circuses featured at the 2018 fair. At the same time, we are respectful of the concerns raised and have removed the two statues of concern from display."