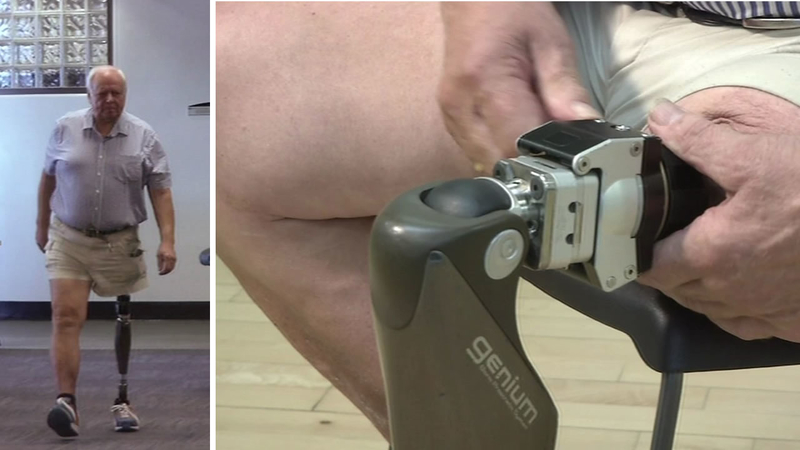 UCSF tests snap on limbs that promise to changes lives

For patients who've lost limbs, it's a challenge is to put both their lives and their bodies back together. Now, a breakthrough technology being tested at the University of California San Francisco could change the way that's done.

Decades after he lost his leg in a hunting accident, Erik Ax walks with the confidence of a pioneer.

"It's just a new life when you get this system compared with the socket," Ax said.

Ax became one of the first patients in the world to be fitted with an implanted post anchored directly to the bone in his leg. The technique known as osseointegration was developed in Sweden. Instead of using a cup, Erik's artificial leg snaps firmly into place

The system's developer, Dr. Rickard Branemark, says much of the pain from artificial limbs can be traced the cup system, or socket, which attaches to the patients remaining limb.

"That system will lead to decreased range of motion, it'll restrict the way you sit, you will have pain," Branemark explains.

The osseointegration system was just approved for limited use in the United States this summer. Shortly after, Branemark agreed to join a multi-year research project launching at UCSF.

"We hope to develop a bionic and robotic prosthesis that can interact in a bi-directional fashion with the brain," O'Donnell said.

Meanwhile, Ax says the system, which includes a fitting he helped design, has allowed him to do more than he ever dreamed possible.

"I do horseback riding up in the mountains, and I also do kayaking, biking, and things like that," he says.

The UCSF team will also collaborate with researchers at Walter Reed Medical Center to adapt the osseointegration system for wounded veterans.