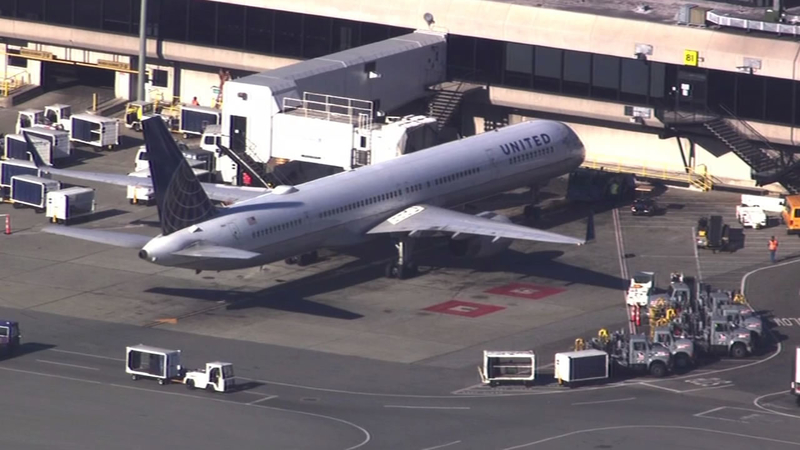 SAN FRANCISCO INTERNATIONAL AIRPORT (KGO) -- Governor Chris Christie was among those on a United Airlines flight that was delayed six hours at SFO because of a suspicious passenger.

Everyone and everything on the plane was re-inspected because of the heightened alert caused by the terrorist acts overseas.

It was a long six hours for the New Jersey governor, seen waiting for his plane to leave from SFO.

United Flight 1108 was supposed to depart at 8:32 a.m. but it was delayed because of a suspicious passenger.

"A male passenger who was taking photos of the flight attendants that triggered a level of discomfort," SFO spokesperson Doug Yakel said.

That passenger reportedly began deleting the images after a flight attendant complained to him.

Police say another passenger then told the cabin crew that he thought he saw pictures on the man's smartphone showing wires along with Arabic captions.

At this point, the pilot stopped the flight. The passenger was taken off while the rest of the passengers were re-screened, tested for bomb residue and all their luggage re-screened.

"In an overabundance of caution, we elected to implement additional measures during the re-boarding of the flight," Yakel said.

Travelers ABC7 News spoke with said it was not overreaction, just cautious reaction. "There's been random attacks and planes being diverted due to scares, you know," traveler Pam Erickson said.

Akhil Latta was going to India. He chose Emirates Airlines because his plane flies over the North Pole. "It doesn't fly over those countries where they can actually shoot them and send your plane down," he said.