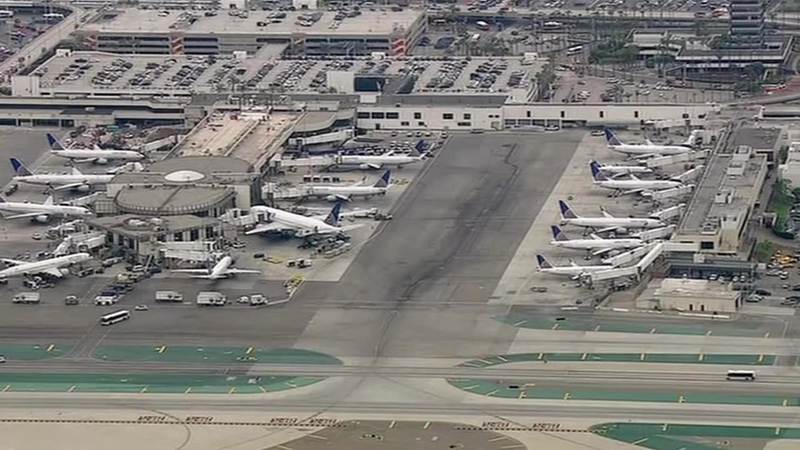 SAN FRANCISCO (KGO) -- United Airlines flights are back in the sky after worldwide ground stop Wednesday morning caused by a system glitch. It impacted hundreds of passengers who were stuck waiting at SFO.

We know how important your travel plans are to you, and we’re sorry for today’s disruptions. https://t.co/kHGSiWiFv0

"When we came in, we could barely get into the door because the lines were so long," said Treg Campbell, a United passenger at SFO.

Passengers remained calm through the delays but frustrated they weren't given any information by United Airlines employees.

Many say updates were coming from social media, news websites and word of mouth.

"I definitely am not pleased," said passenger Molly Tuvesom..

Many say updates were coming from social media, news websites and word of mouth.

The crowd at #SFO #United terminal. I'll have the latest on systems down at 11am on @abc7newsBayArea #KGO pic.twitter.com/YXa311GMe4

United Airlines says a network connectivity issue caused the backup. Specifically, it was an issue with a router, according to a United Airlines Spokesperson.

The issue impacted the ability to communicate data to aircrafts on the ground. That's why the Federal Aviation Administration grounded all flights.

United says flights in the air were not directly affected.

The boards at SFO were filled with delays.

This is the insanity at #SFO at the moment. #computerfail #UnitedAirlines pic.twitter.com/Ukdi5fqdKd

Once the network connectivity issue was resolved, ticket agents diligently worked to get passengers on their way. In some cases, they even hold flights -

United says the issue was not a cyber attack or due to hacking.