A gas main break disrupted things along Van Ness Avenue. Some residents near the intersection of Van Ness and Filbert Street were evacuated or told to shelter in place.

SAN FRANCISCO (KGO) -- A gas main break disrupted things along Van Ness Avenue Monday morning. Some residents near the intersection of Van Ness and Filbert Street were evacuated or told to shelter in place.

RELATED: Gas leak that prompted evacuations in San Francisco has been capped

Crews working on the extensive corridor project were doing work when it happened.

PG&E crews had to break up the street to get to the damaged gas line near the corner of Van Ness and Filbert. They quickly capped it.

"With a lot of hissing from that and the odor associated with a gas leak, PG&E arrived relatively quickly and started the mitigation process," said Jonathan Baxter, spokesperson for the San Francisco Fire Department.

"Someone came and knocked vigorously on the door and I thought it was a psycho in the building, and then they just said there is a gas leak and that we had to evacuate," explained Benjamin.

Ryan McCarthy wasn't home at the time but was concerned about his dog named Babadook. He called a friend and firefighters managed to get the dog out.

"I wouldn't have felt good if there was an explosion and my dog died, so i'm glad they were willing to go inside and do that for me," said McCarthy.

The area was closed to traffic for two hours. No one was injured.

"They've been working on this street for so long and they keep messing things up and it's a little strange," said Benjamin.

ABC7 News contacted Walsh Construction, who was hired by the city to complete the Van Ness improvement project, but they didn't return our calls.

The Municipal Transportation Agency, which oversees the work, said in some instances, they don't have the old plans to point out where the old utilities are located.

"It is a very old street and the utilities on the ground are just as old. I think there are utilities under there that are more than 100 years old," said Paul Rose, spokesperson for the SFMTA.

This has caused delays. The project, which was supposed to be completed in the fall of 2019, is now one year behind schedule. 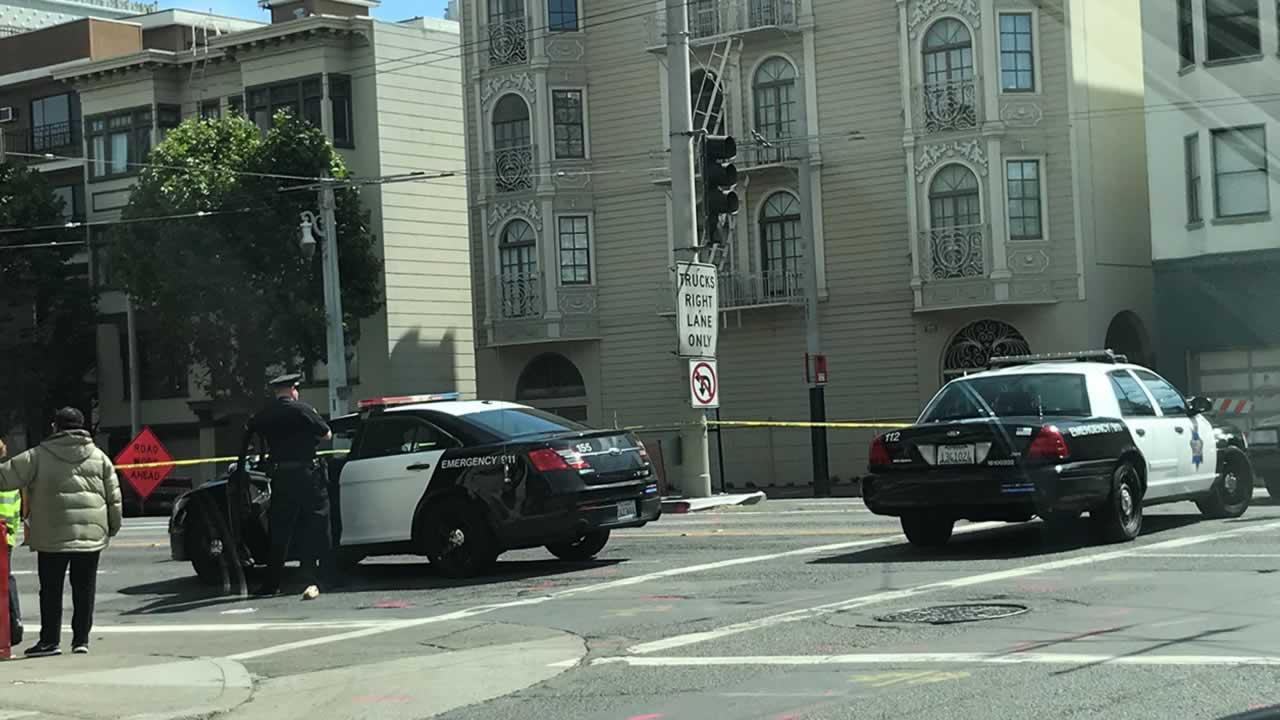 Gas leak that prompted evacuations in San Francisco has been capped