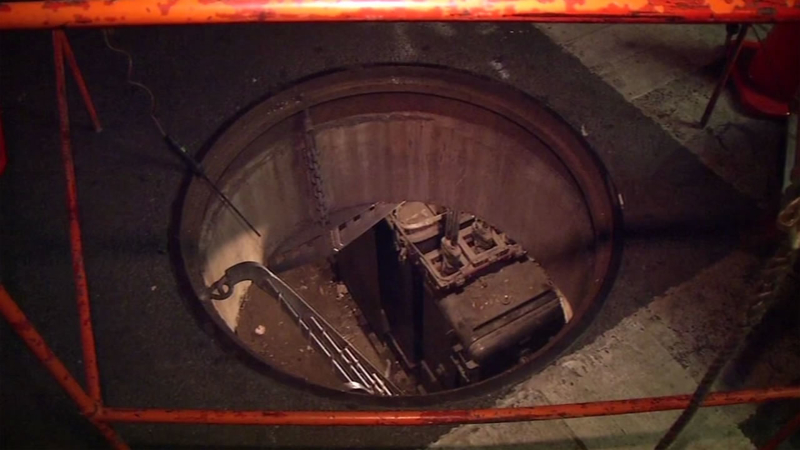 SAN FRANCISCO (KGO) -- PG&E is still trying to recover from an underground fire in the Tenderloin Tuesday morning. Hundreds initially lost power and some people are still in the dark.

Crews are working to get the lights back on for one residential building. The traffic lights are back on because of a temporary fix, but a worker at the scene says there's a chance they will get turned off again.

PG&E still working to recover from an underground fire at Hyde & Geary in San Francisco. 1 bldg. still without power pic.twitter.com/L0AWWIetLK

It was a scary situation when the fire broke out. Smoke was coming from the manholes at Geary and Hyde streets because of the underground fire. Residents say they heard an explosion.

It was just before midnight and a bit alarming - some say it was loud enough to sound like crime erupting on the streets.

"It was like midnight and I heard a loud boom. I thought it was a gunshot. I looked outside and everybody was on their balconies looking over. We just saw steam, it looked like steam coming out of the holes...weird," San Francisco resident Kelse Schapp said.

PG&E says the fire burned out on its own, but it did a lot of damage underground and started because of equipment failure.

They need to figure out why it happened.

It's still a mystery but first they have to repair the damage and get the power back on for the one building.