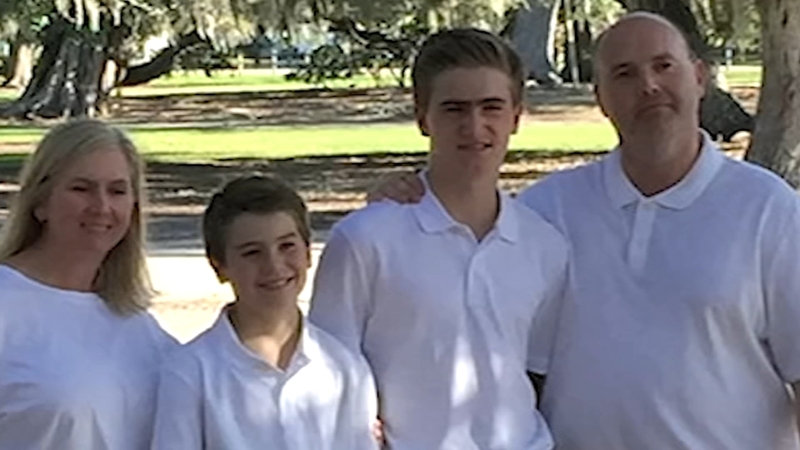 A family originally from Chicago was among those killed during a volcanic eruption on a small New Zealand island Monday.

The American Red Cross said 13-year-old Matthew Hollander and his brother, 16-year-old Berend Hollander, died in a hospital following the disaster. Their parents, 50-year-old Martin and 48-year-old Barbara Hollander remain unaccounted for and are presumed dead.

The family moved from Chicago suburbs to Australia but still have ties to their former neighborhood.

"When it came that they were the ones that were missing it was pretty much unbelievable," said former neighbor Craig Carlson. "They were a wonderful family, always helpful."

Authorities say 47 tourists - including 24 Australians, nine Americans, five New Zealanders, four Germans, two Britons, two Chinese and a Malaysian -- were visiting White Island at the time of the eruption. Many were from a Royal Caribbean cruise ship that had left Sydney two days earlier.

The death toll stands at 16, with 28 patients remaining hospitalized, including 23 in critical condition. Officials said staff anticipated needing an extra 1,300 square feet of skin for grafts for patients, as most of those who survived the eruption suffered burns.

A team of eight New Zealand military specialists is attempting to retrieve the bodies of eight victims Friday, despite the possibility of another eruption on the "highly volatile" island.

White Island is the tip of a mostly undersea volcano that's about 30 miles off New Zealand's North Island and has been visited by thousands of tourists each year.

Many people are now questioning why tourists were allowed to visit the island after seismic monitoring experts raised the volcano's alert level last month.