Pacifica declares local state of emergency due to falling cliffs PACIFICA, Calif. (KGO) -- El Nino-enhanced storms have been hitting the Pacifica bluffs hard and eroding the land. On Friday, that city declared a local state of emergency due to the failing public infrastructure and is asking the state and local officials for help. More of the sea wall along Beach Boulevard collapsed early Friday morning. Half Moon Bay has been experiencing similar things and may also ask for the same type of assistance.

In Pacifica, people stopped to look at the king tide. Just after 10 a.m., eight-foot waves jumped over the seawall flooding parts of Beach Avenue.

So far, two home owners have been told it is no longer to safe to live in their homes in Pacifica due to the erosion. Most of the residents along the waterfront have gone unscathed, but the people along Beach Boulevard have been taking a battering.

"The biggest one or two [waves] I saw came and hit the house, against our glass door and everything there," Pacifica resident Garrett McGrath said. "It's like little mini earthquakes and everything throughout the day and the night."

On Thursday, the bluff at the Pacific Skies Mobile Home Park fell into the ocean.

"Every time the waves are hitting it with the king tides, it is just making it fall to the ground," Pacifica resident Jackie Sowle said.

Previously, the apartments on the eroding cliffs of Esplanade Avenue were condemned. Now the city says the neighboring apartment could be next.

Alan Grinberg has been taking pictures of the king tides swallowing Pacifica. He shuttered the windows of his oceanside home.

"The water gets blown up into the house and it has a lot of stones in it, and it's actually the stones hitting the glass that causes it to break," Grinber said.

The storm is expected to continue battering Pacifica. The city council will get a full damage assessment at the next meeting on Monday.

Storm damage in Half Moon Bay

Ensuring the rest of one road in Half Moon Bay doesn't end up in the ocean is a daunting task. Crews are using great skills to shore up the bluff. Boulders are gently picked up and moved closer to the edge, then strategically dropped below. Their purpose is to help stabilize the shoreline to prevent further erosion.

Last week a section of the cliff along Mirada Road fell to the beach below. 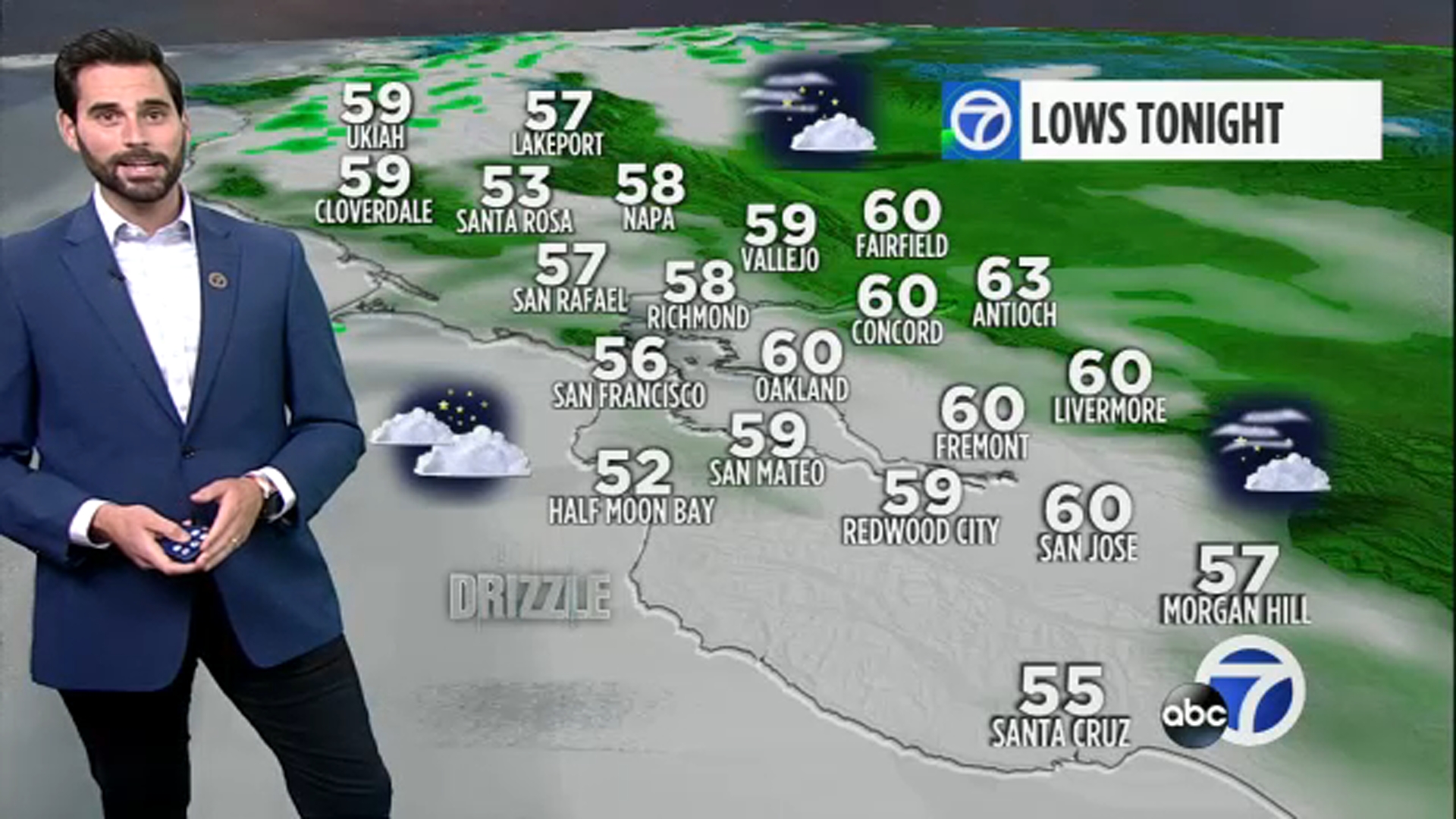 AccuWeather forecast: Foggy along coast with possible drizzle
Fog moves in from the coast and rolls into the Bay shoreline tonight. Lows drop into the low 50s to the low 60s. Coastal drizzle is also likely before sunrise.

Resident Linda Montalto showed ABC7 News how the bluff has been eroding for years. She said she feels "a little frustrated that it took so long, that we have to get this emergency situation, dire situation, where the road is collapsing."

Resident Lisa Molina's grandparents were farmers here. She grew up in Half Moon Bay and so did her parents.

"There used to be a lot more road years back when I was a kid and when my parents were growing up here, so it is sad to see it kind of falling in," Molina said. 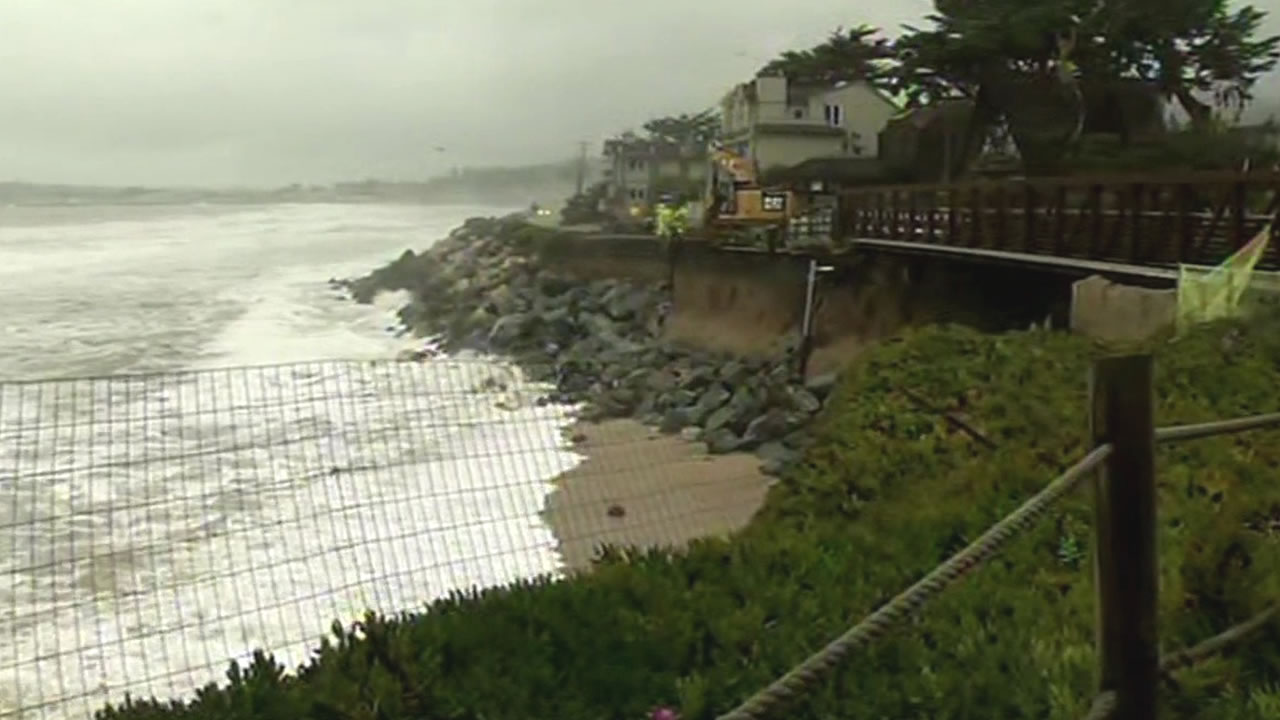 Many blame the nearby breakwater at Pillar Point for changing the direction of the waves that persistently slam into these cliffs.

"I've been here a couple of years and the shoreline down here, if you look at it, has been washing away at sort of a surprising rate," resident Dave Martinovich said.

Among those enjoying this crazy weather were the kite surfers. Thanks to El Nino the season started three months earlier.

"This makes a brand new playground for us, plenty of this. The same thing happens in the Sierras, lots and lots of snow and then just take your pick, three hours between them," kite surfer John Wallace said.