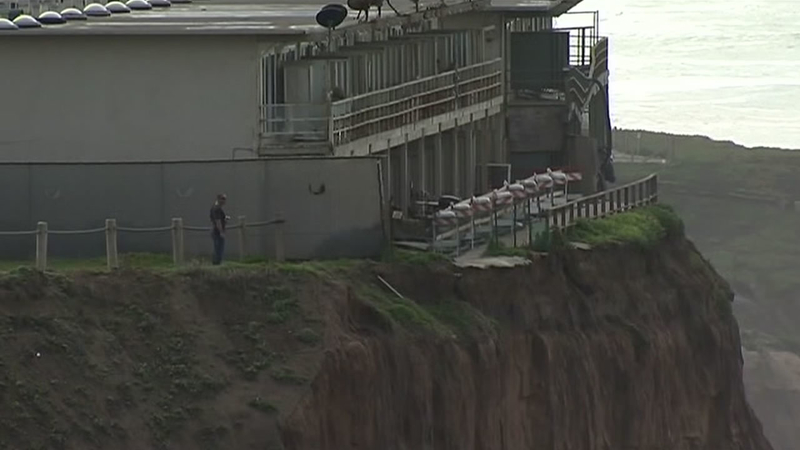 PACIFICA, Calif. (KGO) -- The San Mateo County District Attorney's office is now getting involved in the case of an apartment building that's in danger of falling off a cliff.

The Esplanade Apartments in Pacifica are yellow-tagged, which means everyone living there had to move out this week.

What was once a gorgeous oceanfront property likely has little value now. Owner Millard Tong filed for bankruptcy nearly a year ago. The San Mateo County District Attorney's office says Tong must let renters out of their lease. In the meantime, taxpayers could end up footing the demolition bill.

#1 rule in real estate is a double edged sword in Pacifica. What Esplanade owner's financial troubles mean for you pic.twitter.com/BWfeajYNGU

Along with panoramic ocean views the Esplanade properties have packed a punch.

Making the number one rule in a real estate a double-edged sword.

"This guy's investment now is worth nothing," Horsely added. Horsely is talking about the building's owner, Millard Tong.

The building at 310 Esplanade is now uninhabitable. Tong's other property, 320 Esplanade, has been vacant since 2010 and its days are numbered.

"The best thing is to take the building down and it's probably going to cost in the neighborhood of a half billion dollars," Horsely said.

Tong is financially responsible except that he declared bankruptcy in March of 2015.

"What's the old saying, you can't squeeze blood out of a turnip. If he's bankrupt, he's bankrupt," Horsely said. And it's not just 320 Esplanade. His other property, 310 Esplanade, will eventually have to come down as well, according to Horesly said.

If Tong doesn't pick up the bill, "it may end up as the taxpayers," Horsely said. "Well, ultimately what else is the option? Just to let it sit there and fall into the beach?"

San Mateo's district attorney is also getting involved. A tenant at 310 Esplanade says Tong won't let him out of his lease.

"We can as the DA step in to make sure that our consumers are protected," said Steve Wagstaff, San Mateo County's district attorney.

In related news, a house is being demolished in San Francisco because it's sliding.

Sky7 HD was over Casitas Avenue, west of Twin Peaks, Thursday afternoon as crews were tearing down the home. They're going to take it all the way down to the ground.

The home has been red-tagged. Neighbors complained the house had a foundation crack a few days ago and called the building department to check it out.

Since the complaint was filed, the home slipped two inches. Officials believe it's due to recent rains. Five other homes next door have been ordered to get inspected.

"The building has got to come down." @DonHorsley Taxpayers may foot the bill for 320 & 310 Esplanade's demolition @abc7newsBayArea 4pm 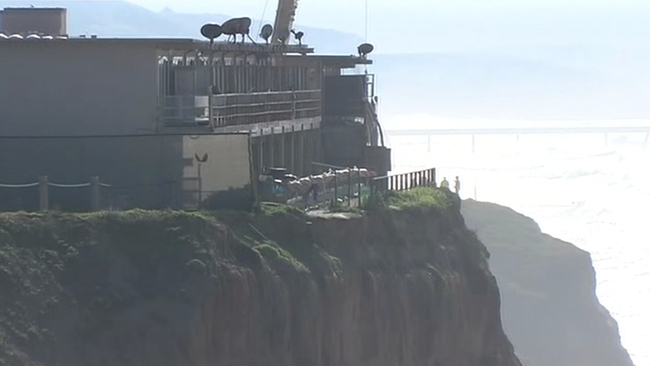 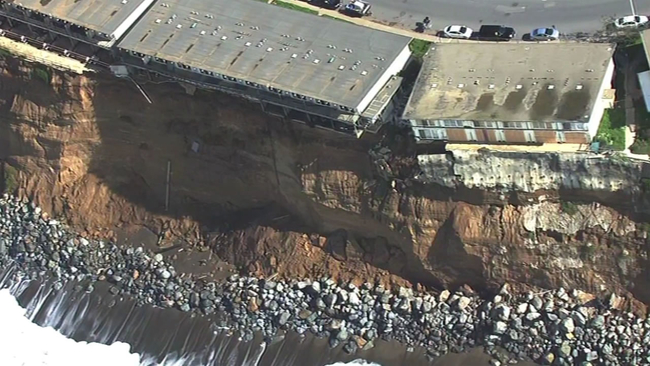 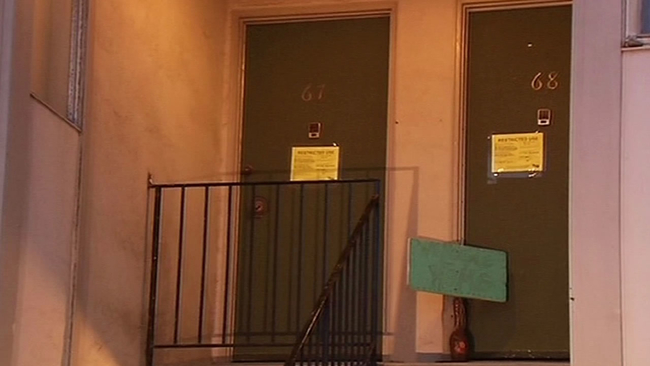