EgyptAir's History of Crashes and Hijackings 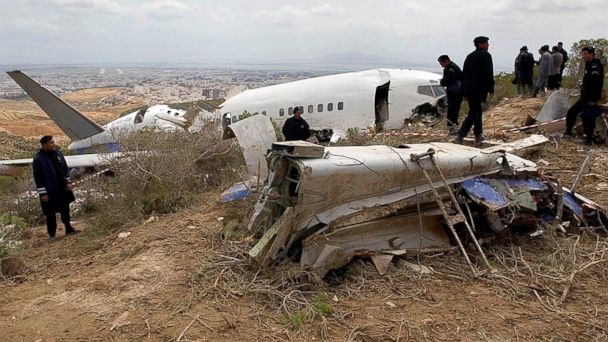 The disappearance of an EgyptAir plane is just the latest in a string of deadly incidents for the airline.

Most recently, a hijacked domestic flight did not lead to any deaths, but there have been at least six others where multiple passengers were killed.

The deadliest incident for the airline was in October 1999, when a flight from New York bound for Cairo crashed after the Boeing 767 crashed off the coast of Nantucket, an island off the coast of Massachusetts, killing all 217 people on board.

Problems Going in for LandingThere have been three deadly crashes directly upon approach to airports and another happened as the plane was descending near a major city.

The first was in Yemen in 1972, when a plane struck a mountain while going in for a landing, killing 42 people. The next came the following year when a Cairo-bound plane crashed in Cyprus, killing the 37 people on board.

In 1976, an EgyptAir flight from Cairo to Bangkok crashed into an industrial building in Bangkok, killing not only all 52 people on board but also 19 others on the ground.

More recently, a flight to Tunisia crashed upon landing in May 2002, and 14 of the 62 people on board died.

Hijacking HistoryThe first hijacking of an EgyptAir flight occurred in 1976 when armed hijackers took control of a domestic flight, demanding to be taken to Libya. The plane ended up staying in Egypt and law enforcement successfully raided the plane, arresting the hijackers.

An Athens-bound flight in 1985 was hijacked by terrorist group Abu Nidal. Palestinian members of the group took over the plane by force, eventually landing in Malta. A standoff ensued and a raid led to the deaths of 58 of the 95 passengers and crew on board, as well as two of the three hijackers.

Several decades passed since until the next hijacking, which took place this year. The Cairo-bound plane was taken to Cyprus before the suspect let most of the passengers leave (one asked for a selfie before getting off the aircraft) and the hijacker was eventually arrested.

Latest MysteryThe circumstances surrounding the latest EgyptAir incident are still unknown, with few details being confirmed aside from the fact that a Cairo-bound plane that departed from Paris is missing.

The plane dropped off radar near the end of the flight, while the plane appeared to be over the Mediterranean Ocean.