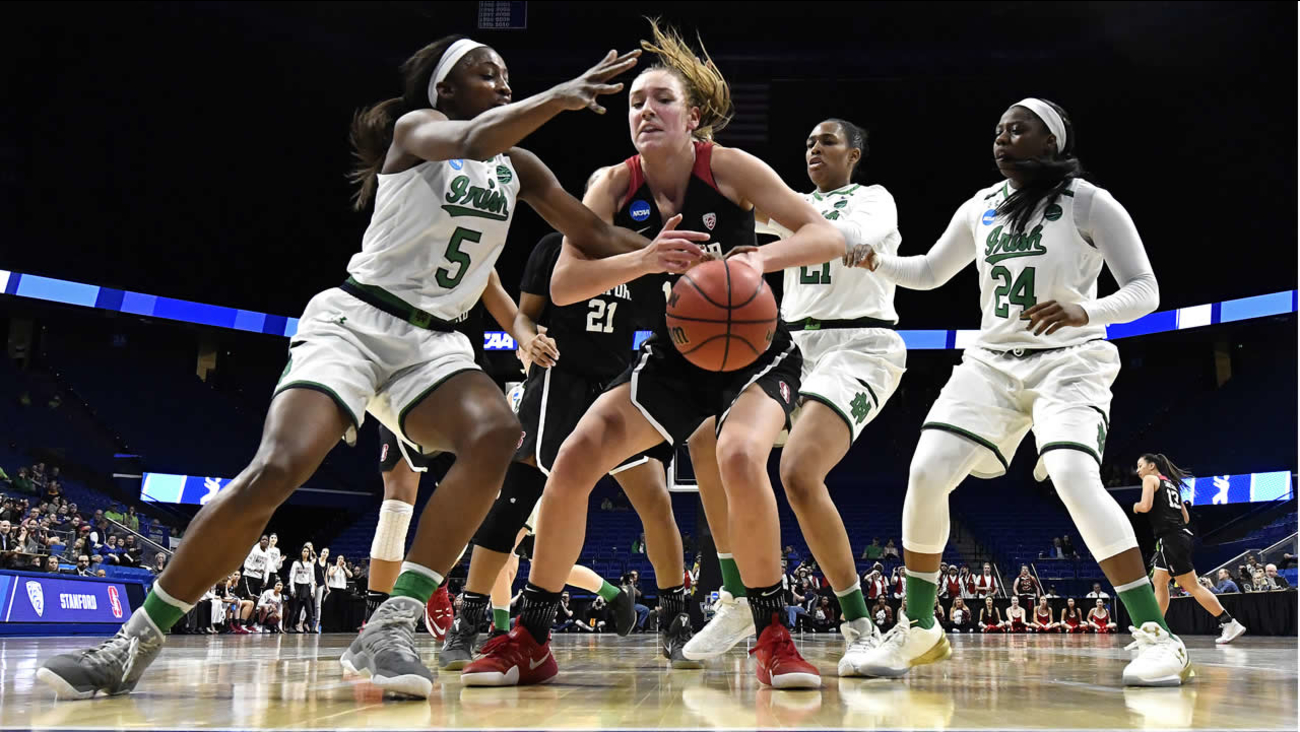 LEXINGTON, Ky. -- Alanna Smith's layup with 23 seconds left capped Stanford's rally from a 16-point deficit in the second half, Erica McCall blocked a last-second shot and the Cardinal edged top-seeded Notre Dame 76-75 Sunday to reach its first Final Four since 2014.