Interesting fact: The 1950 census was the first time the UNIVAC computer was used for a non-military project.
KGO
By David Louie 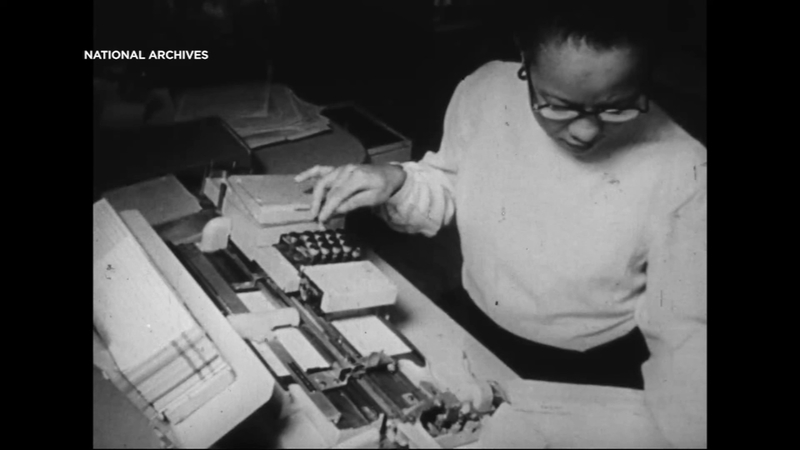 SAN FRANCISCO (KGO) -- We know the census happens every 10 years, but some of the most personal details collected are sealed for 72 years to protect privacy. Genealogists and amateurs who research their ancestry are excited because the 1950 census data was just posted online.

Retired microbiologist George Miller has been anxiously waiting for this -- a gold mine of census data from April, 1950.

"There's a page of census data from my home town in 1950," he said, pointing at the computer monitor in his Menlo Park home. "I'm going to go through it and see how many of those people I know."

Miller was born and raised in Pennsylvania.

"They'll cover miles of city streets from New York to San Francisco," said the narrator in a black and white 1950 public service announcement posted on the National Archives website.

They asked about income, occupation, education and number of children. They even asked about the number of rooms in the house and, for the first time, whether they owned a TV set. TV was in its infancy then.

The answers have been sealed for 72 years by law, based on expected life span, as a means to protect privacy. In some other countries, the wait is 100 years.

"You get an insight into their social status, their economic status, how they worked and who they worked with possibly... who their neighbors were," noted Miller.

In 2020, a year dominated by the pandemic, California's population fell by 182,083. It's the first time in California's recorded history, that the state's year-over-year population dropped.

The 1950 census data provides the first look at the first wave of baby boomers and their parents after World War II.

Miller's parents divorced in the late 1940's, so he hopes to learn where his father was living in 1950.

The original forms were microfilmed and then optical character readers were used to digitize the records.

"It's the first census where a computer was used to tabulate the results," said Nancy Moffett, president of the Santa Clara County Historical & Genealogical Society. "People actually typed key punch cards, and then those cards were entered into a UNIVAC computer."

The 1950 census was the first time the UNIVAC computer was used for a non-military project.

Whether you're a seasoned pro at doing data research as George is or if you're an amateur, accessing the data base could lead to some surprises.

April Halberstadt hopes the data will shed light on a family rift.

"They were a family of nine children, so I'm kind of wondering what that was about and where all they ended up, so I'm sure that there will be some things that will be revealed," she said.

The newly posted data may contain errors from the digitalization of the original handwritten forms. There are plans to crowd source corrections as the public reviews the records and identifies errors.