A mural of Earl now covers part of the exterior of Rosa Parks Elementary School in San Francisco.
KGO
By Lyanne Melendez 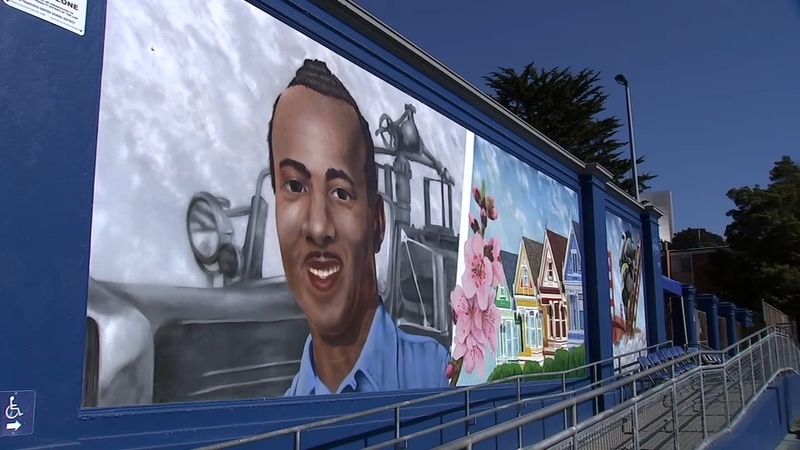 SAN FRANCISCO (KGO) -- On the same day that the Judge Ketanji Brown Jackson became the first Black woman to be nominated for the U.S. Supreme Court, a local trailblazer was honored in San Francisco. The city acknowledged the contributions of Earl Gage Jr., the first Black firefighter hired in 1955.

A mural of Earl now covers part of the exterior of Rosa Parks Elementary School in San Francisco. It's there to remind a community of his struggles to bring diversity within the fire department.

His daughter, Blondell Gage, talked about those ugly years of discrimination at the fire stations.

"Sometimes he could come back and there would be urine or (a) bowel movement and other things like that in his mattress," she said. "And so he started carrying his mattress around."

He joined the fire department in 1955 and for the next 12 years would be the only Black firefighter in the department.

"I can't even imagine what that must have been like to not have the resources or support from you peers to be able to lean on them," expressed firefighter Hashim Anderson.

Chanda Daniels has been creating stunning weddings since 1999, with a focus on diversity and inclusion well before "D&I" became a hot buzz term.

Eventually, he gave up fighting fires to become the director of community services. In that position, he recruited firefighters and improved diversity.

"At first I thought, 'how in the world can he allow people to do him like that and not fight back?'" Demmons said. "And then later on I realized it took more courage to handle it the way he did."

"I feel honored and blessed to be in this position, and I want to make sure that even though I am the first, that I am not the last," said Breed.

Gage served the fire department for 28 years. He died in 2017, leaving a legacy of courage and equality.