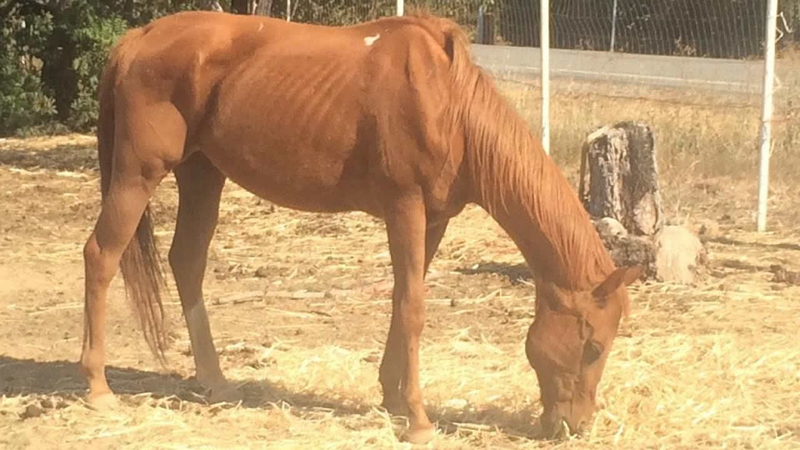 MORGAN HILL, Calif. (KGO) -- A deal to rescue nine horses that appear to be malnourished has fallen through, despite an offer to buy them from the owner. The horses are in plain view in a pasture on a busy road, and their condition has triggered many complaints.

The owner of the horses says he's abiding by all requests from Animal Control to take good care of the horses. However, neighbors complain that this has been going on for months, if not longer, with different horses. The horses are thin, and appear to be craving good feed.

Several of the nine horses in the corner pasture have ribs showing. Neighboring horse owners say some of them could be 100 pounds underweight. A foal isn't getting much milk from mom anymore, perhaps because the mare isn't getting enough nutrition.

Is this a sign of abuse or neglect? The Animal Control officer responding to complaints says no.

"These horses actually have improved," said Animal Control Officer Carla Setzer. "He got these from somebody else, and they have improved since he received them, since they came into his care."

But that doesn't satisfy horse people who drive by daily, concerned about the welfare of the horses. Some even bring loads of hay and drop it over the fence. The horses react immediately, crossing the pasture to get to what amounts to a treat.

Monica Hardeman runs the Equine Rescue Center in Hollister. She wants to buy them so she can restore their health and weight.

"If they would just act now and help us to get these horses, it will change their lives and they'll be healthy and they'll be fed properly," she said. "I mean, they can't be fed like this. This is complete abuse and neglect."

Humberto Rivas disagrees. He's the owner of the horses. He's turning down Hardeman's offer to buy the thin horses until they've gained weight.

"Those horses are skinny because I have other horses and somebody gave me those skinny horses," he said. "Because they don't have a place to feed it."

He explains he placed the thin ones in a separate pasture so they won't be bullied by bigger horses at feeding time. They're noticed because that pasture is at a major intersection.

Horse people are losing patience about what they consider neglect. One neighbor didn't want her face shown for fear of reprisal.

"We just don't know what else to do," she said. "There's enough people who have complained to the sheriff's office, to the county, to everybody."
Related topics:
societymorgan hillanimals in perilanimal rescueanimal abuseanimal
Copyright © 2021 KGO-TV. All Rights Reserved.
RELATED 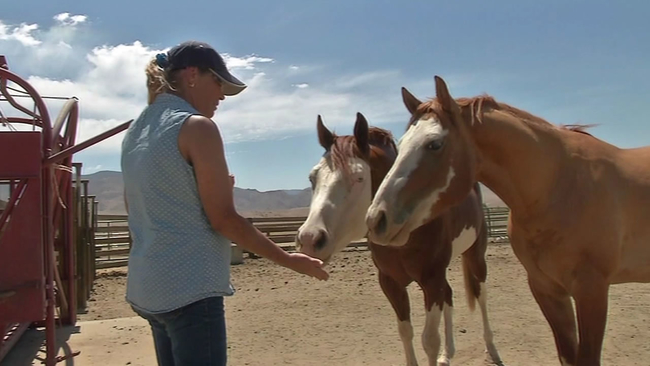 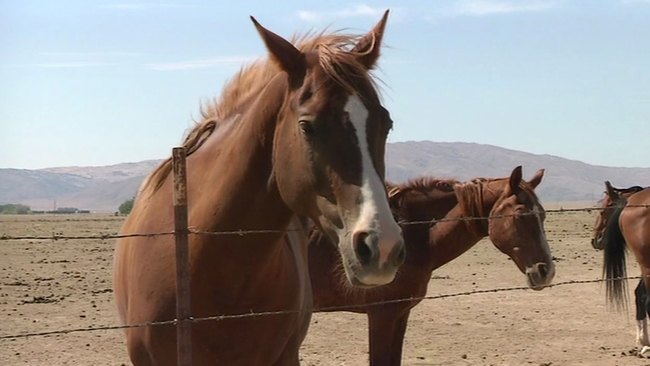 Equine Rescue Center for horses in need of donations