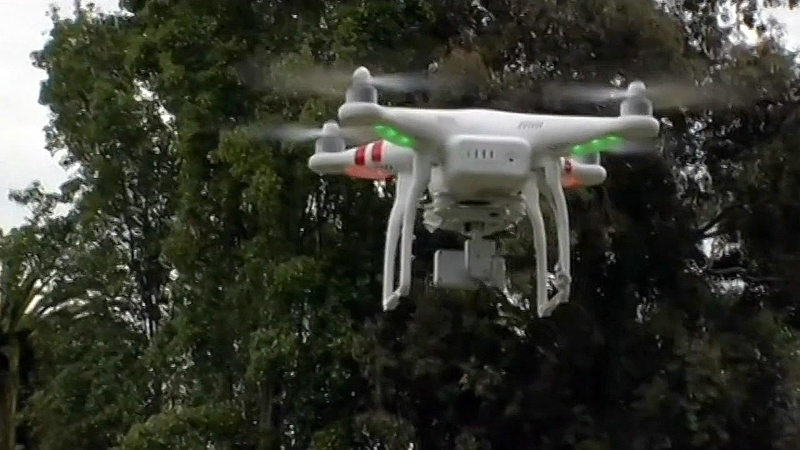 SAN FRANCISCO (KGO) -- A drone and camera worth thousands of dollars has been stolen from the San Francisco Recreation and Parks Department and turns out, it's not the department's only aerial camera -- they have nine.

Many people aren't worried about the theft, they want to know why the department has so many drones in the first place.

At the department's offices on Stanyan Street, someone smashed the window of an employee's personal car and stole the equipment from the back seat. The department has eight more at its disposal right now, but it's not flying any of them.

Rec and Parks Department spokeswoman Sarah Ballard said, "It's unfortunate, but we have a significant amount of vandalism in our parks."

The police report lists a quadcopter and a GoPro camera among the stolen items.

It was one of nine drones purchased by Rec and Parks in the fall and they were meant to help save money.

"We were testing the use of the aerial cameras for some maintenance purposes, including assessing tree tops, conditions of roofs," Ballard said.

San Francisco resident Harry Stagnaro calls it an unnecessary expense. He told ABC7 News, "I am not surprised. The city and the government loves to waste money and they like their new toys."

For others, it's about privacy. San Francisco resident Lenore Crawford said, "The neighborhoods should not have drones flying around them. Plus, you know, they can use them for other things. I just don't agree with it."

It turns out the pilot program was over before it started.

"There was one test flight and then the conversation got much larger than Rec and Park. There's an ACLU paper, there's a call at our local Board of Supervisors for some regulations," Ballard said.